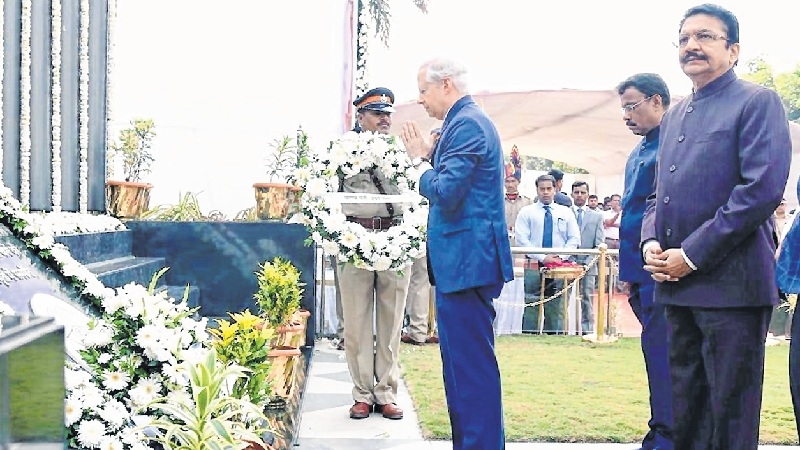 Manjunath Singe, Deputy Commissioner of Police and Mumbai police spokesperson, “The martyrs will continue to live in our hearts and memories ever after. A special tweet with a short video was tweeted on the Mumbai police handle in memory of the martyrs.” The police force, Chief Minister Devendra Fadnavis, the Governor Vidsayagar Rao and US ambasaddor Kenneth Juster paid homage to the departed souls at the Mumbai police gymkhana at Marine Drive on Monday morning.

The police also paid tribute to the brave canines Max, Sultan, Tiger and Caeser from the Bomb Detecion and Disposal Squad (BDDS) who contributed immensely in detection of Improvised Explosive Device (IEDs) and saving lives in the 26/11 attacks. The Chief Minister of Maharashtra Devendra Fadnavis said,“Terrorism is not limited to any country. Every terror attack is against humanity and we need to work more closely and that too with zero tolerance.”