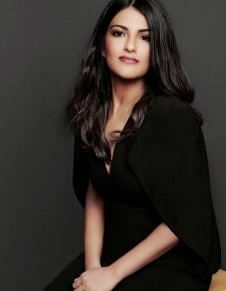 After receiving certain complaints of a serious nature, the Board placed the CEO, Ankiti Bose on suspension pending a full investigation./ Representative image | Photo credit: IANS

Singapore-based fashion technology startup Zilingo on Monday said the decision to suspend its Indian-origin co-founder and CEO Ankiti Bose over alleged discrepancies in the company's accounts, was taken jointly by the board and not by any individual investor.

In a strongly-worded statement, the company said Bose made certain harassment-related allegations only after she was suspended on March 31 and no past or present investor nominees on the board were made aware of the harassment claims prior to that.

''After receiving certain complaints of a serious nature, the Board placed the CEO, Ankiti Bose on suspension pending a full investigation,'' Zilingo said.

It did not elaborate on the allegations against Bose.

Refuting claims of a big investor in the company being behind the decision to suspend Bose, it said, ''this decision was taken jointly by the Board and the relevant shareholders pursuant to pre-agreed shareholders' voting rights and does not reflect the decision of a single shareholder.''

Zilingo - an online fashion company that supplies technology to apparel merchants and factories -- was founded in 2015 by Ankiti Bose and chief technology officer Dhruv Kapoor.

On reports of Bose claiming that she was harassed, Zilingo said the suspended CEO told the board of the allegations only after March 31 and that the complaints do not allege harassment by any investor or board member.

''We wish to reiterate that following her suspension on March 31, Ankiti Bose brought to the board's attention, for the first time, certain harassment-related allegations,'' it said.

''To clarify, no past or present investor nominees on the Board were made aware of the harassment claims, until after she was suspended.'' It went on to state that ''these complaints do not allege harassment by any investors or past/ current Board members.''

Zilingo, which counts Singaporean state holding company Temasek and Sequoia Capital among its investors, had previously stated that its shareholders and board members received the information of discrepancies that needed investigation, after which major investors were authorised to suspend Bose.

According to reports, Bose has lawyered up and disputed allegations of wrongdoing. She further contended that her suspension was due in part to her complaints about harassment.

''Separately, we are disappointed by recent leaks of untrue information to the media in attempts to discredit the investigation, the Board, individual investors, and/or employees, even before the investigation has been completed.

''Despite these attempts, the Board remains committed to following due process and concluding the investigation expediently,'' the company said on Monday.

Zilingo said for the avoidance of doubt, ''no guilt on anyone's part has yet been determined, as the investigations are still ongoing.'' Zilingo was started as a Southeast Asia-focused e-commerce firm.

Over time, it became a global supply chain for the apparel industry, financing, and other services.

The company - which has about 600 employees in eight countries - raised $226 million in its last fundraising round in early 2019. The fundraising had valued the company at about $1 billion.

As per publicly available records on Singapore's accounting regulator's website, the company has not filed annual returns for 2020 and 2021 so far. Temasek had previously backed the investigation saying it supports the company board's move.

''We expect our portfolio companies to abide by the sound corporate governance and codes of conduct and ethics. We are, therefore, in support of the board's investigation into the complaint as a part of good governance to safeguard the interests of the company''.