World shares advance after Fed signals it will ease support 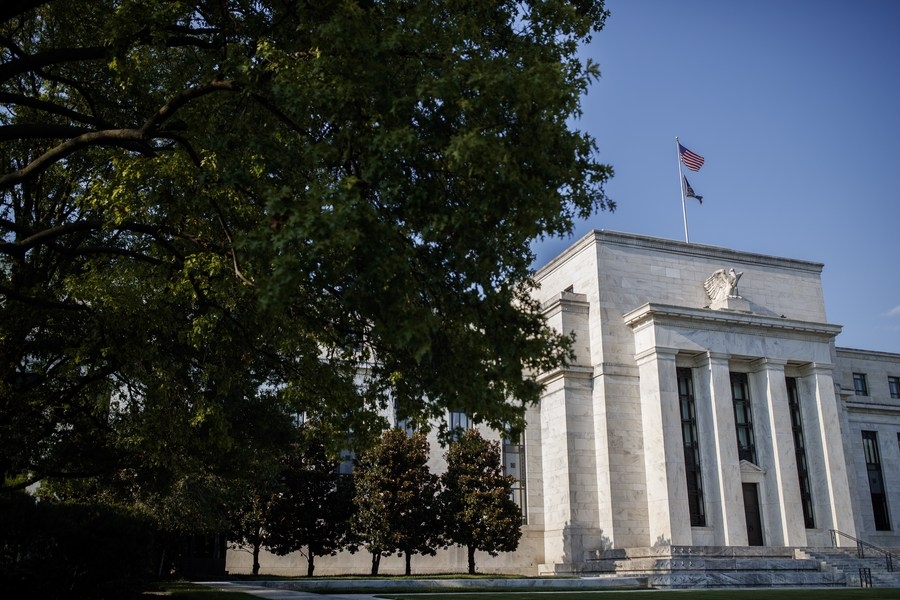 The US central bank indicated it may start raising its benchmark interest rate sometime next year, earlier than it envisioned three months ago. | Photo by Ting Shen/Xinhua

World shares were mostly higher Thursday after the Federal Reserve signalled it may begin easing its extraordinary support measures for the US economy later this year.

Benchmarks rose in Paris, London, Hong Kong, Shanghai and most other markets. US futures were higher. Markets were closed in Tokyo for a holiday.

The US central bank indicated it may start raising its benchmark interest rate sometime next year, earlier than it envisioned three months ago. It also said it will likely begin slowing the pace of its monthly bond purchases “soon” if the economy keeps improving. The Fed and other central banks have been buying bonds throughout the pandemic to help keep long-term interest rates low.

“The focus is now shifted to its dollar bond interest payment due today after it resolves its domestic bond payment," Jun Rong Yeap of IG said in a commentary.

“Markets will be awaiting further resolution on its subsequent bond payments in order to have a greater conviction on easing contagion risks, which partially aided to drive markets higher overnight," Yeap said.

Evergrande Group''s Hong Kong-traded shares gained 16 percent on Thursday. They have lost about 80 percent of their value since the beginning of the year.

The futures for the Dow industrials and the S&P 500 rose 0.6 percent.

At a news conference, Federal Reserve Chair Jerome Powell said Wednesday that the Fed plans to announce as early as November that it will start to taper its monthly bond purchases, should the job market maintain its steady improvement.

The S&P 500 rose 1 percent to 4,395.64, breaking a four-day losing streak. The benchmark index initially climbed 1.4 percent after the Fed issued its statement.

The other major indexes also received a bump, but shed some of their gains. The Dow Jones Industrial Average rose 1 percent to 34,258.32. The blue-chip index briefly surged 520 points higher. The Nasdaq composite gained 1 percent to 14,896.85.

Bond yields mostly rose. The yield on the 10-year Treasury note wobbled up and down after the Fed's announcement, but was holding steady at 1.31 percent. The yield influences interest rates on mortgages and other consumer loans.

September has been a rough month for stocks. The S&P 500 is down 2.8 percent.

Aside from worries over possible Fed policy shifts, investors are jittery over rising cases of COVID-19 due to the highly contagious delta variant and the impact of rising inflation on companies and consumers.

Preliminary manufacturing data for the US, Britain and Europe are due out today and could provide insights into the outlook for businesses. Unemployment claims are also due in the US.

In other trading Thursday, US benchmark crude oil picked up 10 cents to $72.33 per barrel in electronic trading on the New York Mercantile Exchange. It gained $1.74 to $72.23 per barrel on Wednesday.

Brent crude, the international standard, added 11 cents to $75.50 per barrel.