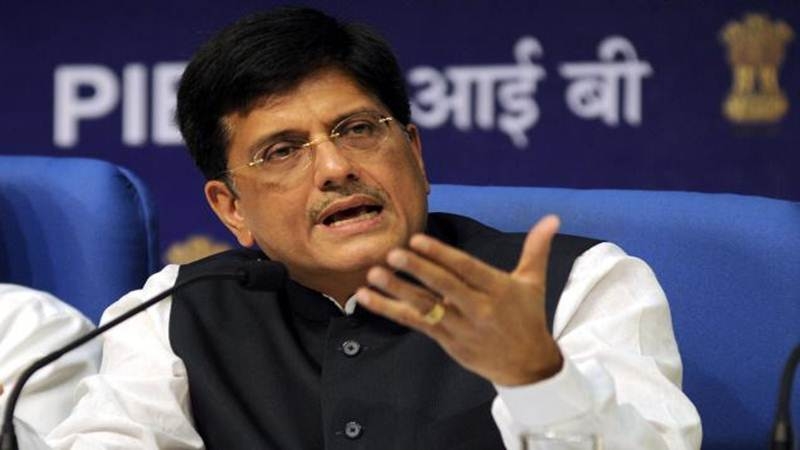 Davos: There is a huge appetite for continuous surge in foreign investments in India with no comparable opportunity available worldwide, Union minister Piyush Goyal said today, even as he saw India’s role at international platforms growing into a leader being looked into for solving problems of a ‘fractured world’.

“Going forward, India’s role in the world economy, in the social tensions and in the fight against terrorism and climate change is only going to grow,” Goyal told PTI in an interview here on the sidelines of the World Economic Forum.

He also said Prime Minister Narendra Modi’s personal popularity and personal acceptability across the world is huge and he has emerged as the leader whom all world leaders look up for respect for leadership for tracking the problems that the world faces.

“In that sense, 125 crore Indians are dining a pride of place when it comes to the world,” Goyal said.

On interest being seen in India here at Davos summit, the minister said the way India is transforming into a superpower and a new economy and into a new India, the world is watching us with a great deal of interest.

“We have been the fastest growing large economy for the last three years and very clearly people see a huge investment opportunity as India develops its infrastructure.

“With a 2 trillion dollar investment trust we are looking at infrastructure, I don’t think there is a comparable opportunity in the whole world,” he said.

Goyal said more and more people are already looking at investment in India and the FDI has already grown in a big way and there continues to be huge appetite for further investments in India.

“Whether it’s about climate change, fight against corruption and black money or issue of transparency in governance, the prime minister has put across his vision very effectively on various global platforms including G20 and the way the global powers have accepted that viewpoint, I’m confident that India’s growing position is being recognised,” he added.

On the theme of the Davos Summit, creating a shared future in a fractured world, and the role India can play, he said The world no more sees India just as a big market but also as a binding force in a world that is facing various tensions and risks and the one which is today being called a fractured world.

“India will play an important role in tackling the prevailing tensions in the world and India’s role would certainly be recognised at platforms like the World Economic Forum in Davos.

“The message to the world is to look towards India and to think about investing in India,” he said.

On new age technologies and how India can grow there, Goyal said the way India has established its supremacy in the world of IT with Indians also working in all big IT companies of the world, similar things can be seen in the new areas like artificial intelligence and 3D manufacturing.

“These new innovations will add further to India’s strength to serve the world,” he said.