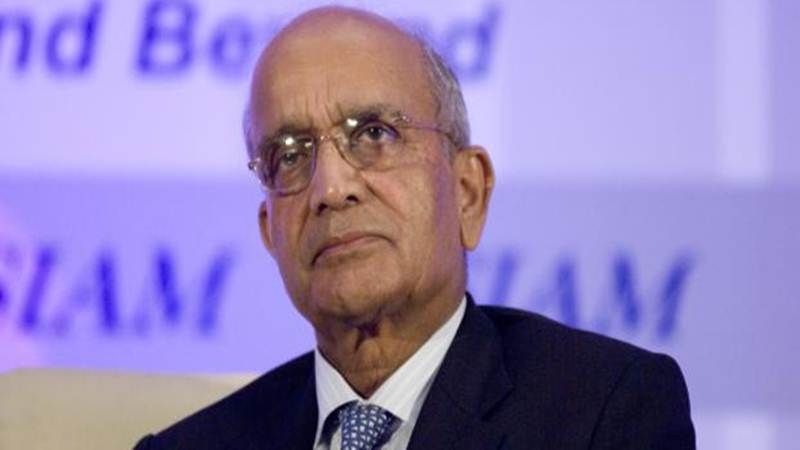 Speaking at industry body SIAM''s 61st Annual Convention, RC Bhargava, the veteran industry leader. noted that the automobile sector in the country was at a very crucial juncture with declining fortunes in the last few years |

Maruti Suzuki India Chairman RC Bhargava on Wednesday said that while a lot of statements were made by government officials supporting the automobile industry, but when it comes to taking actual steps nothing has really happened.

Speaking at industry body SIAM''s 61st Annual Convention, the veteran industry leader noted that the automobile sector in the country was at a very crucial juncture with declining fortunes in the last few years and it would not revive either with conventional engine vehicles, CNG, biofuels or EVs, unless the question of affordability of cars for the customer is addressed.

"We have been going through a situation where this industry has been declining over a long period of time. And despite various very important people in government, we just heard Mr. Amitabh Kant (NITI Aayog CEO)... There have been a lot of statements made about the importance of the automobile industry. But in terms of concrete actions, which would reverse the decline in trend, I haven't seen any action on the ground," Bhargava said.

"I am afraid words don't get us very much in the terms of extra sales but you need concrete action to make this happen," Bhargava noted.

He pondered whether this kind of outlook for the industry culminates from the old belief that car industry and passenger cars were a luxury product, to be owned only by the rich.

"Because if the mindsets have changed, I think people planners, economists, thinkers, writers, journalists, everybody should have been worried long ago about what was happening to the growth of the automobile industry....," he said.

The figures are there for everybody to see but no measures taken to rectify the situation.

"I am sorry to say that there are very few steps taken that could reverse this trend. And that is what worries me," he noted.

Bhargava stated that the car industry in India actually became a model industry and started growing after Maruti came into existence.

"The change in policy to set up a public sector company to make cars was not because there was a change of thinking amongst the planners that we need a car industry to grow our economy to grow manufacturing, like what happened in the United States or in the UK, or Germany or France or Italy, or Japan or Korea or even China, that kind of thing did not happen," he noted.

Bhargava noted that the auto industry has developed so much because the people in this country have a great aspiration to own a car, and not because there was any deliberate policy which led this to happen.

"And which again, I think supports my view that the change in the mindset of planners about the importance of the car industry and generally of the automobile industry, remains confined to words and doesn''t get translated into action.

"The situation today is that if we take into account what has happened in the last 18 months of COVID, already, the industry actually is on a decline if you look at the last five years, and how to reverse this," he said.

Bhargava said he supports the fact that the Indian customers should get safe and clean vehicles.

"To get those clean vehicles, if we follow all the European standards with the costs which are involved in those times, how do we make it affordable with a much lower income level which exists," he questioned.

Bhargava said he totally supported the view put forth by Amitabh Kant about the importance of moving to electrification.

"I totally agree that we have to move to electrification, there's no question. But along with a decision to move for electrification, again, the whole question of affordability of the EVs and I'm talking about four-wheelers at the moment comes into question," he stated.

Bhargava said that if the auto industry is to drive the economy and the manufacturing sector, the penetration of cars in India has to move from 25 or 30 per 1,000 to even 200 per 1,000. It requires millions of cars to be made every year.

"Are we sure that we have enough customers in India who have the means to buy these millions of cars every year? Is income going up that fast? Are jobs growing up that fast? I think those aspects are often ignored when we make our plans of what we are going to do and what's going to happen," he noted.

"We have always forgotten customers in the centralised planning system because the customer didn''t matter... And we still don''t think of the customers when we plan. Will the customers be able to afford this product or not?," Bhargava said.

Giving an example, he said that Maruti Suzuki had to do away with the Maruti 800 model, which drove the motorisation of India, because of new safety regulations.

He further said: "We have seen that small increases like what happened two years ago, and small increases in price led to fall in the growth of the car market. The new regulations for BS-VI, have added 22,000 rupees to a car again, making the car unaffordable".

Even before the COVID in 2019-20, the car market declined in India by 18 per cent, Bhargava said.

"I don't think the car industry would revive either with ICEs or with the CNG and biofuels or EVs unless we address the question of affordability of cars for the customer," he added.