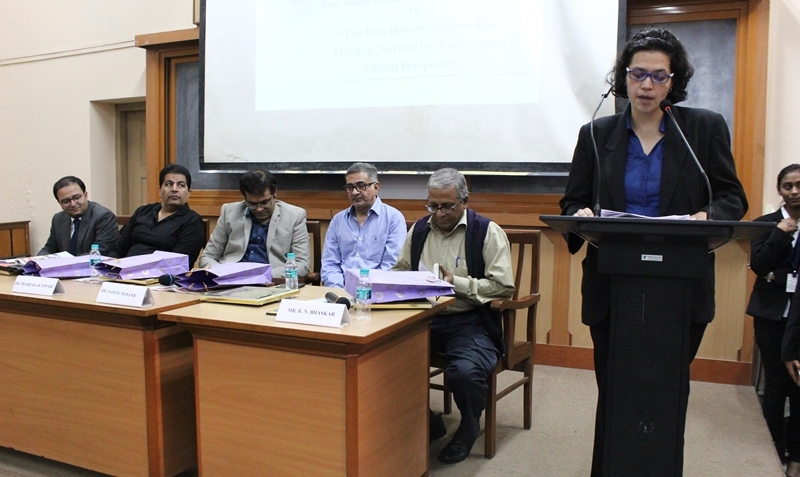 In a platform of the AV room which was packed with students, were seated a group of experts from their respective field to address the queries of demonetisation in these young minds. The experts were taking their turn to speak in line with the theme ‘The Post Demonetisation Era- The New Normal for India with a Global Perspective’, that took place in Wilson College. The Department of Management Studies headed by Zuleika Homavazir organised the conference in association with Free Press Journal and Knowledge Mould.

The keynote address of the annual conference was given by Maharashtra State Cooperative Bank, MD, Pramod Karnad. Later, he took to the stage with other panellists — RBS, SVP and senior economist, Gaurav Kapur and Darashaw & Co, SVP, Regan Homavazir – for the first session titled ‘Demonetisation: How relevant and successful was it?’. Kapur feels it’s still too early to predict if demonetisation was successful or not. Terming this reform ‘disruptive’ and ‘game changer’, he stated that the country will have to wait a little longer before one arrives to a conclusion on this topic. “One will have to wait for complimentary reforms to come in place,” he stressed. The complimentary reforms can been seen only during the budget announcement, expressed one of the panellist.

During a brief introduction, Homavazir got the otherwise silent students to laugh out loud on some basic facts of demonetisation. To explain the issue in a simpler manner, he took an example of Amul that opened new accounts for its suppliers who were paid in cash before demonetisation. Homavazir pointed that the problem here is that these suppliers who are usually farmers, got access to bank accounts but they could not withdraw their money (which in a way also impacted the farmer). He kept the young minds engaged with his interesting facts in a lingo understood by the students. 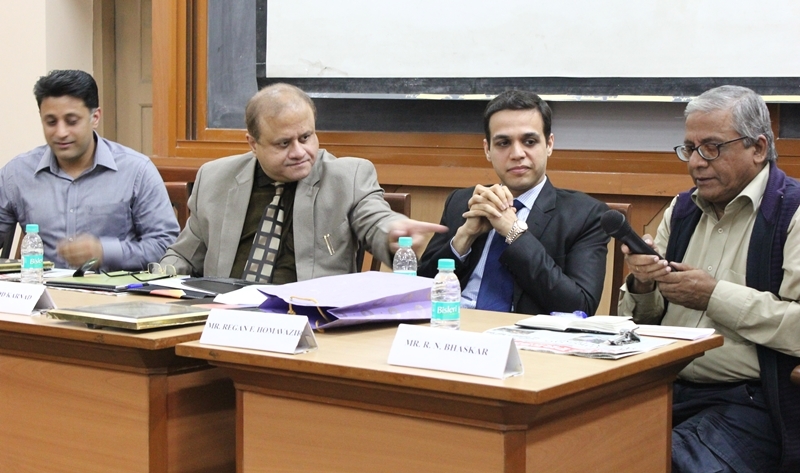 As the session proceeded, moderator R N Bhaskar who is the founding editor and mentor of Asia converge and consulting editor of Free Press Journal, quizzed the panellists on interest rates, Karnad termed the demonetisation exercise as a “positive impact” at least in context of banks. He went on to explain how ample of liquidity resulted in lower rate of interest. On the other hand, Homavazir countered the argument that the fall in interest rates would make the old generation poorer. He stated that government has dried up all investment options in the country for that older generation.

The second session ‘Digitisation: The way ahead – opportunities and pitfalls’, was also moderated by Bhaskar. The panel of experts for this session included Reliance Industries, SVP, Sanjay Masand; Margdarshak Inc, founder and Pay U, CMO, Prabhakar Tiwari; USA, Florida, Eleven Group- Franchisee 7, Sarosh Mistry and Efinserve, business partner, Sarbajit Ghatak. Masand believes that demonetisation has put digital 10-15 years ahead. Adding to this topic, Mistry said, “Illegal money will continue to be formed if those people doing the activity are not punished.” He added that money should be circulated and when it does happen that is when black money is formed. Adding further, he said that digital transaction comes with a cost and this cost has to be incurred by the customers in the end. He also stated that customers should understand the various aspects of digitisation before embracing it. Meanwhile, Ghatak felt that digitisation benefits the GDP growth and it is critical for the country.

When Bhaskar quizzed the panellists on the gain versus cost of digital transaction, Tiwari stated that one should not look at digital as cost but look at the benefit of it. He stated that over years the cost of digital transaction can be revised. “Government is taking proactive steps and we should support them,” stated Tiwari. To which Masand added that every change that happens brings in benefit as well as inconvenience.