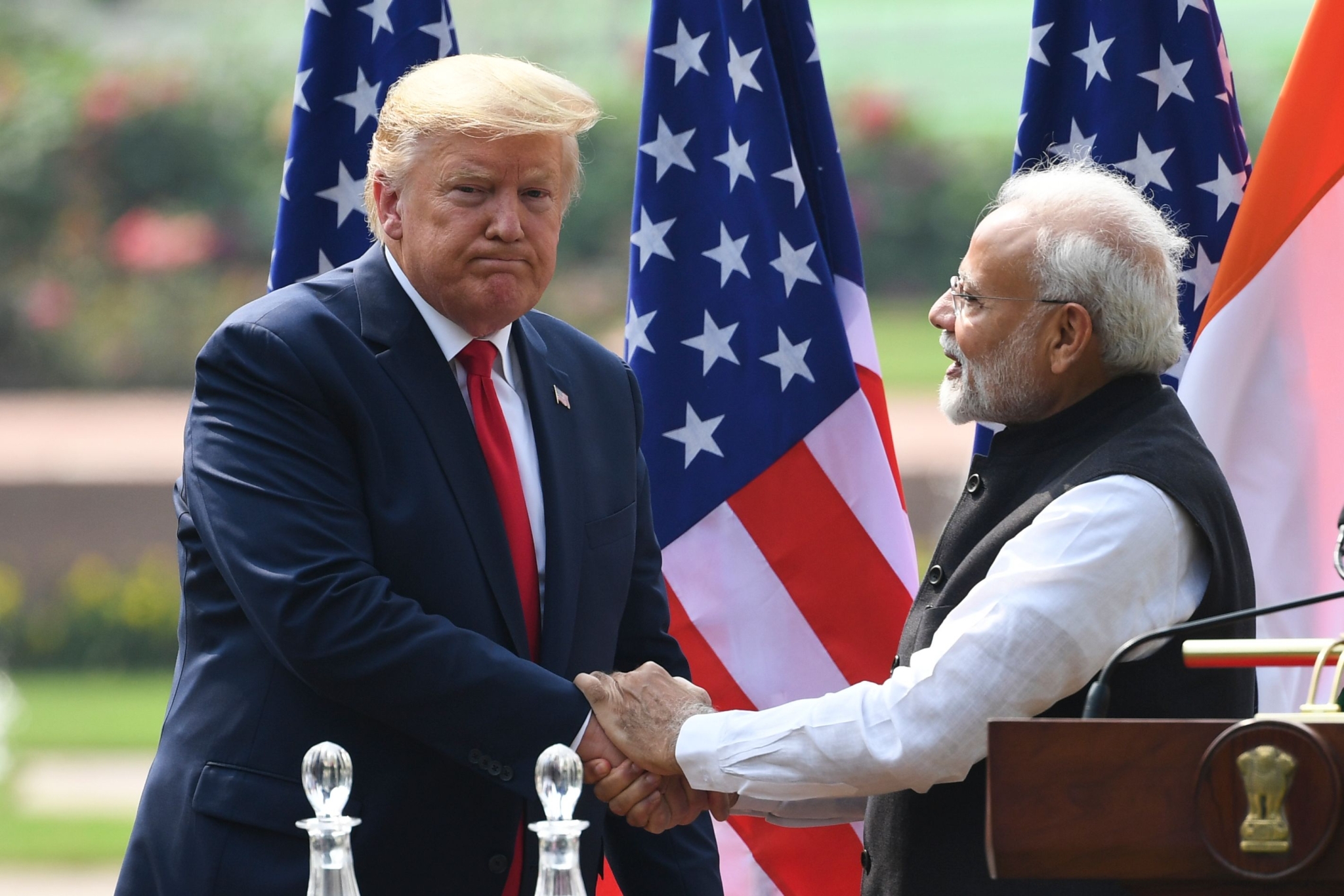 US President Donald Trump during his visit to India in February, 2020 | AFP Photo

The US remained India's top trading partner for the second consecutive fiscal in 2019-20, which shows increasing economic ties between the two countries.

In 2018-19, the US first surpassed China to become India's top trading partner.

The data also showed that China was India's top trading partner since 2013-14 till 2017-18. Before China, UAE was the country's largest trading nation.

India is also considering certain steps like framing technical regulations and quality control orders for host of items with a view to cut import dependence on China and boost domestic manufacturing.

Trade experts believe that the trend of widening trade ties between New Delhi and Washington will continue in the coming years also as both the sides are engaged in further deepening the economic ties.

Presence of Indian diaspora in the US is one of the main reasons for increasing bilateral trade, Biswajit Dhar, professor of economics at Jawaharlal Nehru University, said.

"Presence of Indian diaspora is creating demand for Indian goods such as consumer items and we are supplying that. A balanced trade deal will further boost the economic ties," Dhar said.

India and the US are negotiating a limited trade pact with a view to iron out differences at trade front and boost commercial ties.

Professor at Indian Institute of Foreign Trade (IIFT) Rakesh Mohan Joshi said that although the trade pact will be mutually beneficial for both the countries, India should be a bit cautious while negotiating the pact with the US in areas such as agriculture, dairy and issues related intellectual property rights.

Ludhiana-based Hand Tools Association President Subhash Chander Ralhan said there is huge potential to boost bilateral trade between the countries on account of increasing anti-China sentiment in both the nations.

"Because of the anti-China sentiment, several US companies are exploring news suppliers in countries like India to cut dependence on China and if it will happen, then it will greatly help India to boost exports to the US," Ralhan said.

India is seeking relaxation in US visa regime, exemption from high duties imposed by the US on certain steel and aluminium products, and greater market access for its products from sectors such as agriculture, automobile, automobile components and engineering.

On the other hand, the US wants greater market access for its farm and manufacturing products, dairy items, medical devices, and data localisation, apart from cut on import duties on some information and communication technology products.