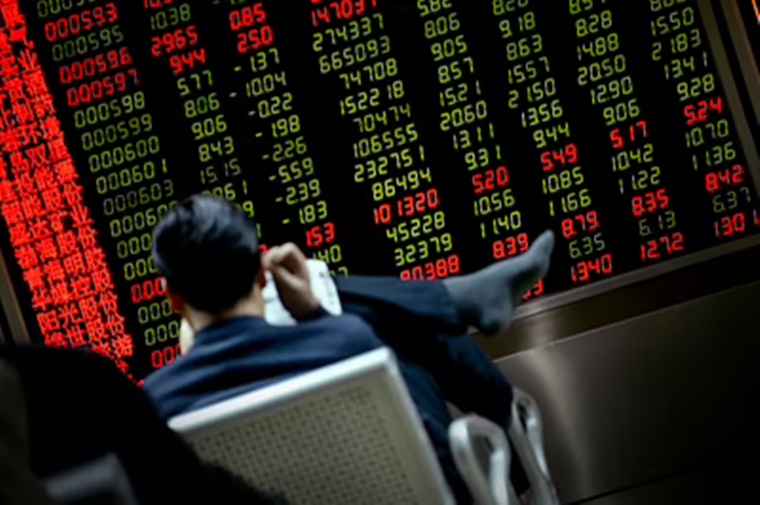 Trends on SGX Nifty indicate a positive opening for the index with a 50-points gain.

"Nifty is expected to open positive at 17,560 , up by 60 points. Nifty will face resistance in 17,600-17,650 range. Overall the trend in Nifty is weak and traders are suggested to exit long positions either on rallies or with a strict stoploss. Nifty has strong support in 17200-17250 range." - Mr. Gaurav Udani, CEO & Founder, ThincRedBlu Securities.

Mohit Nigam, Head-PMS, Hem Securities said, "European markets closed in red and US markets closed 50 percent lower. Asian markets were mixed in trade on Wednesday. On Tuesday, despite the release of tens of millions of barrels of oil from reserves by the US and other consumer nations, oil prices rose to a one-week high. On the technical front, the key resistance levels for Nifty50 are 17650 followed by 17,750 and on the downside 17,300 followed by 17,100 can act as strong support. Key Resistance for Bank Nifty is 37600 and support is 36,800, Nigam added.

Nifty bounced up well after making a low of 17,216. Advance decline ratio also went deeply in the positive. 17,613 could be the next resistance for the Nifty while 17,280 could be a support. The broader market having fallen sharply could bounce up longer than the Nifty.

US stocks ended mostly higher Tuesday after a choppy day of trading that saw the technology sector under pressure, with the Dow Jones Industrial Average and S&P 500 closing with gains while the tech-heavy Nasdaq Composite index fell.

Energy shares rallied, however, as oil prices bounced despite the White House announcing the US would release crude from its Strategic Petroleum Reserve in a coordinated move with other countries to try to lower the cost of gasoline. A coordinated release from government oil reserves led by the United States may add about 70 million to 80 million barrels of crude supply, smaller than the more-than-100 million barrels the market has been pricing in, analysts at Goldman Sachs said.

The market may be pricing in a rise in interest rates beginning in the middle of next year, which is not positive for long-duration assets like technology stocks.

The so-called flash survey of US manufacturers rose to a two-month high of 59.1 in November from 58.4 in the prior month, while a similar survey of service-oriented companies fell to a two-month low of 57 from 58.7.

The au Jibun Bank Flash Japan Manufacturing Purchasing Managers' Index (PMI) rose to a seasonally adjusted 54.2, its fastest pace of expansion since January 2018. The reading, which was lifted by a pickup in overall output and new orders, compared to a final 53.2 in the previous month.

The au Jibun Bank Flash Services PMI Index improved to a seasonally adjusted 52.1 from the previous month's final of 50.7, putting it more firmly into expansion territory. The reading marked the fastest pace of growth since September 2019, which was just before a sales tax hike hit consumer confidence.

IHS Markit's Flash Composite Purchasing Managers' Index for Europe, a good indicator of overall economic health, jumped to 55.8 in November from 54.2 in October.

In the winter session of Parliament, the Indian Government will introduce the Cryptocurrency and Regulation of Official Digital Currency Bill 2021. Securities and Exchange Board of India (SEBI) has postponed the implementation of the 50 percent cash-margin rule for futures and options (F&O) traders and credit-default swaps (CDS) segment from December 1, 2021, to February 28, 2022, in its recent circular.

Star Health and Allied Insurance Company is about to launch its maiden public offer on November 30, 2021, information about price band and lot size will be disclosed today.