Teji Mandi Explains: Air India comes in full circle to Tatas, but what lies ahead? 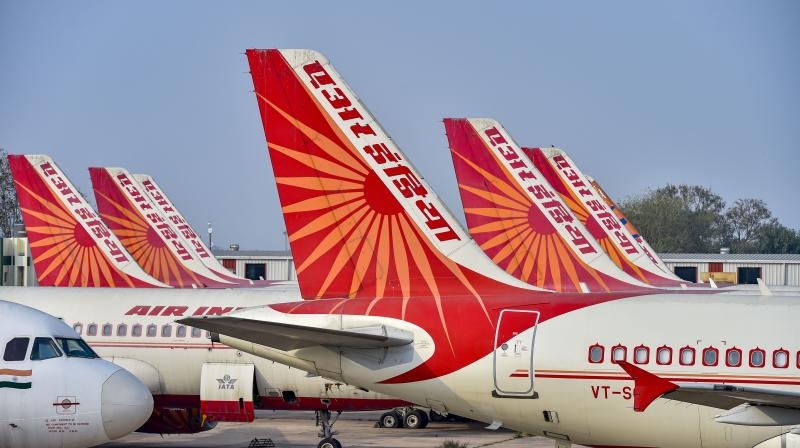 Jet Airways was a big lesson of piling debt, and next to it stood Air India. What saved the latter’s boat was the guiding umbrella of the government. Although the centre took several measures to cushion the piling debt of the national carrier, nothing came to aid. Finally, Air India flew back to where it came from, to the Tata Sons (holding company of Tata Group). The concerns looming over the airline continue as it will require a much-needed overhaul.

How Did Air India Land In Debt?

Let’s just say it could not match up to the ever-changing standards of the aviation industry. Entry of private carriers in the 1990s and then low-cost air carriers in the mid-2000s shook Air India’s foundation in the national and international markets. The government tried to keep the airlines alive by taking several measures such as a bailout package of Rs 30,000 crore, merger of Indian Airlines and Air India etc. Nothing worked!

Air India was incurring a loss of Rs 20 crores/day. As of August 31, the airline had debt of Rs 61,652 crore. The Maharaja has returned to Tata Group in a package of Rs 18,000 crore deal. Out of which, Rs 15,000 is the debt. The rest liability will be raised through bonds, said media reports.

What Will Change Now?

InterGlobe Aviation’s (IndiGo) market share in India currently stands at around 60%. This makes Tata Group Airlines - Vistara, AirAsia and Air India - the second largest airline with market share of ~25%. Coming to its employees, it has decided that the employees will not be sacked for a period of one year. In the second year, if anyone is removed, they will be offered a Voluntary Retirement Scheme. They will also be given gratuity and provident fund benefits. Currently, the airline has around 12,000 employees, which is in surplus but can still be managed.

The airline falls behind as compared to its competitors, especially IndiGo and SpiceJet. In that case, the airline will have to increase their international routes, work on their cost structure, refurbish the fleet, improve the backend systems and customer service. According to the media, a new set of directors will arrive for Air India. Meanwhile, Tatas are working to sign a deal with TCS, to manage the entire IT and digital operations of the airline.

Air India (known as Tata Airlines back then) was founded by JRD Tata in 1932. Much to the dismay of Tatas, the airline was nationalised in 1953. In nearly six decades, Air India kept the national flag flying with all its might despite declining fleet quality, low productivity and excess staff. In his letter, Ratan Tata said, “JRD Tata would have been overjoyed if he was in our midst today”. Quite evidently he would have been!

JRD had a burning passion for the aviation industry. In fact, he was a pilot himself and flew the first flight in Indian aviation history under Tata Airlines the same year when the airline was launched. Even after Air India was nationalised, the Tata Group bought stakes in Air Asia and Vistara. This shows Ratan Tata’s love affair with planes. The question now is- how will it restore its former glory? Well, many believe a consolidation is under-way, which means merging all three airlines into one. This won’t be easy, considering Ratan Tata’s success in the aviation space remains miniscule.