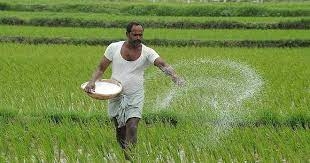 After the successful launch of nano urea, Union Chemicals and Fertilizers Minister Mansukh Mandaviya on Friday directed IFFCO and other fertiliser makers to start commercial production of Nano DAP (di-ammonium phosphate) within a year to reduce the country's import dependence.

This was conveyed to the fertiliser makers, including IFFCO that introduced nano urea in liquid form early this year and is also conducting trials for Nano DAP, in a high-level meeting held on Friday by the minister, according to an official source.

In the meeting, the minister reviewed the progress made so far in the field trial of Nano DAP being conducted by leading fertiliser cooperative IFFCO on 24 crops in 2,000 farms.

IFFCO officials informed in the meeting that the results of the field trials are so far encouraging, as the crop roots have developed better.

The government is focusing on the launch of Nano DAP after the successful start of commercial production of nano urea. India is the first country to commercially produce nano urea.

In the meeting, Mandaviya stressed that the country needs to develop Nano DAP in a time-bound manner to make India self-reliant in the second-largest consumer fertiliser, the source said.

The minister also directed his department officials to take steps for early approval of this new product and ensure the commercial production begins within a year, the source added.