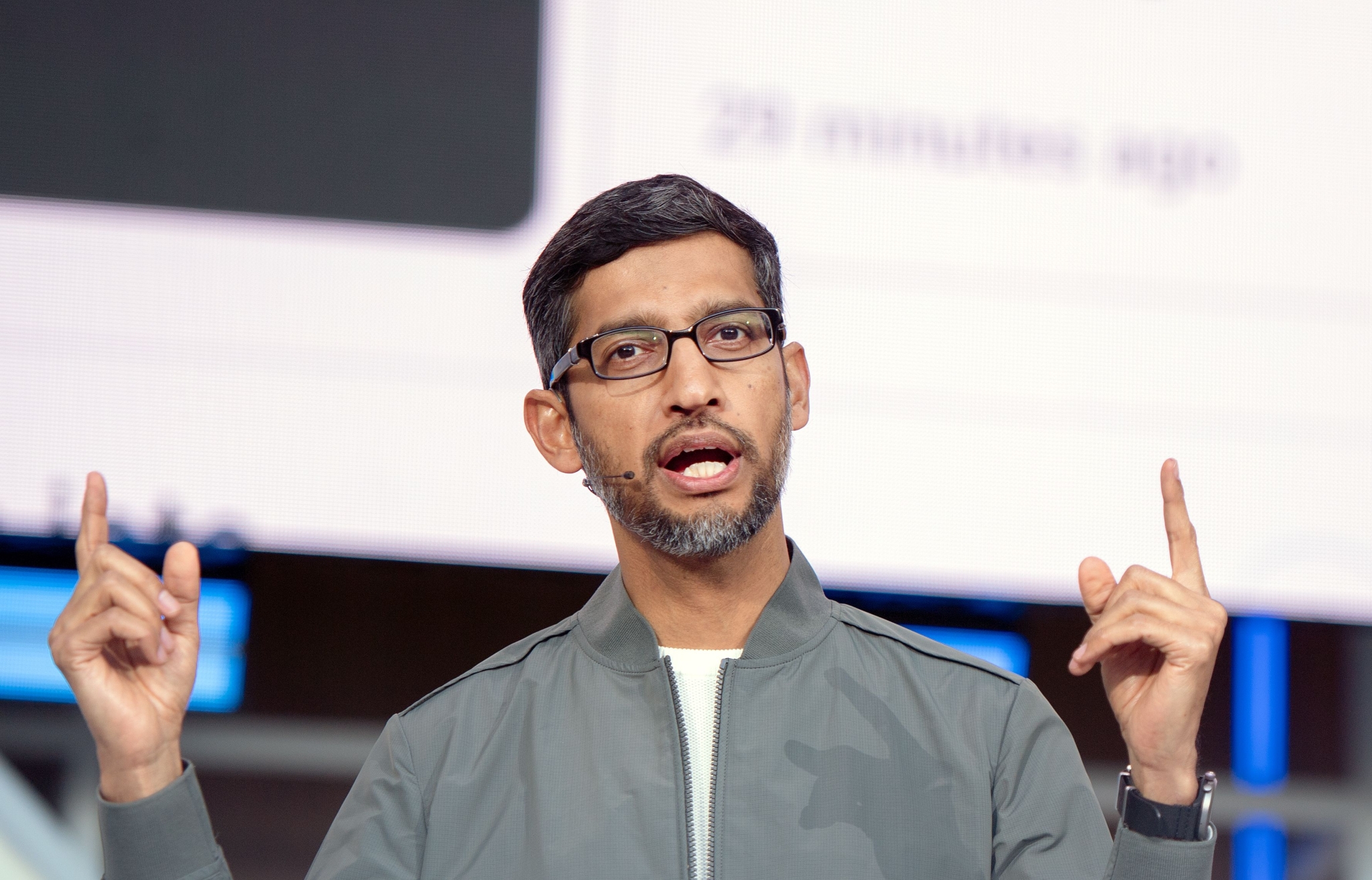 New Delhi: In an impetus to the Indian-origin talent in Silicon Valley dominated by the likes of Adobe's Shantanu Narayen, Microsoft's Satya Nadella and Mastercard's CEO Ajay Banga, Google CEO Sundar Pichai, who has now taken over as parent company Alphabet's CEO is excited about Alphabet's long-term focus on tackling big challenges through technology.

However, the mild-mannered Pichai faces extreme challenges ahead as Google stares at several high-profile external probes into its alleged anti-trust market and data practices -- from the US to the European Union regulators -- including internal tensions with staff over discrimination at work and HR transparency.

"Google abused its market dominance by imposing a number of restrictive clauses in contracts with third-party websites which prevented Google's rivals from placing their search adverts on these websites," the European Commission (EC) said in a statement.

The US Department of Justice is also probing Google for anti-trust violations.

In fresh trouble for Google, 50 US Attorneys General probing its anti-trust market practices have decided to expand the investigation into the tech giant's Android and Search businesses.

Google is also under an anti-trust probe over a new Internet Protocol that could give the tech giant an unfair competitive advantage.

The tech giant will pay almost one billion euros to France to close a fiscal dispute over alleged corporate tax fraud recorded between 2011 and 2014. The payment of the fine will put an end to a four-year probe.

On the internal front, Google is in the midst of controversy over its strained relationship with employees. The tech giant has been accused of "union busting" and retaliatory behaviour after it sacked four employees for allegedly violating the company's data security policies.

After staging a global walkout and sit-in protest against workplace harassment, Google employees are demanding that parent company Alphabet must immediately meet them and publicly address their concerns.

Google employees have also called for a transparent, open investigation of HR and its "abysmal handling of employee complaints related to working conditions, discrimination, harassment and retaliation".

"Google's HR department is broken. Over and over again it prioritises the company and the reputation of abusers and harassers over their victims. The collateral damage is all around us. Time is up. We need third party investigators. Even Uber did this," the group wrote in a recent post on Medium.

A Google spokesperson referred to an earlier statement, saying: "We prohibit retaliation in the workplace and publicly share our very clear policy."

"To make sure that no complaint raised goes unheard at Google, we give employees multiple channels to report concerns, including anonymously, and investigate all allegations of retaliation."

Some Google employees have even charged the tech giant of workplace surveillance, saying they are allegedly being watched via a browser extension in Calendar app.

Going forward, Pichai will be the CEO of both Google and Alphabet. He will be the executive responsible and accountable for leading Google, and managing Alphabet's investment in its portfolio of "Other Bets".

Pichai who joined Google more than 15 years ago faces the heat just like Facebook's Mark Zuckerberg over data practices and now with the promotion, more eyes will scrutinise his company and unfortunately, he won't have founders Larry Page and Sergey Brin standing next to him anymore.