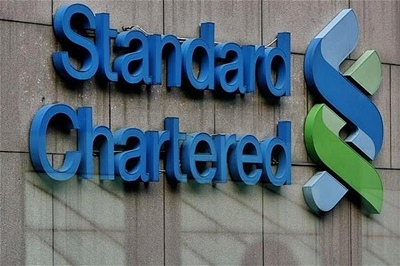 Tracy Clarke would be chief for Europe & Americas. Under the new structure, heads of all regions will report to Standard Chartered Group Chief Executive Bill Winters from October 1 , 2015. Standard Chartered Group in a statement said that the restructuring of regions and client businesses will help in simplification of its organisational structure and quicken decision making. This will also play “a key part in delivering the previously announced USD 1.8 billion of cost savings by 2017”, the statement said. The bank also announced regrouping its client businesses under three heads — Corporate and Institutional Banking, Retail Banking and Commercial and Private Banking. “The Group needs to kick-start performance, reduce its cost base and bureaucracy, improve accountability, and speed up decision making. The new structure will help achieve all of these critical objectives,” Winters said.

“The Group’s financial reporting will be based on the new structure from January 1, 2016,” the company added. Under the new structure, India will sit in the new ASEAN & South Asia region, under Ajay Kanwal. Ajay will assume his new role on October 1, 2015, and be based in Singapore, Standard Chartered said in a statement. The bank added that a new CEO for India will be appointed and announced in due course and this role will report to Ajay Kanwal from 1 October 2015.  It further said: “Sunil Kaushal, currently Regional CEO for South Asia and CEO India, will move to a new role as Regional CEO for the combined Africa & Middle East Regions, effective from 1 October 2015. He remains as Regional CEO South Asia and India CEO until this date.” Both Sunil and Ajay will report to Group CEO Bill Winters and both will be members of the Group’s Management Team. The Group’s current structure of three client businesses supported by five product groups will be simplified, the company added.