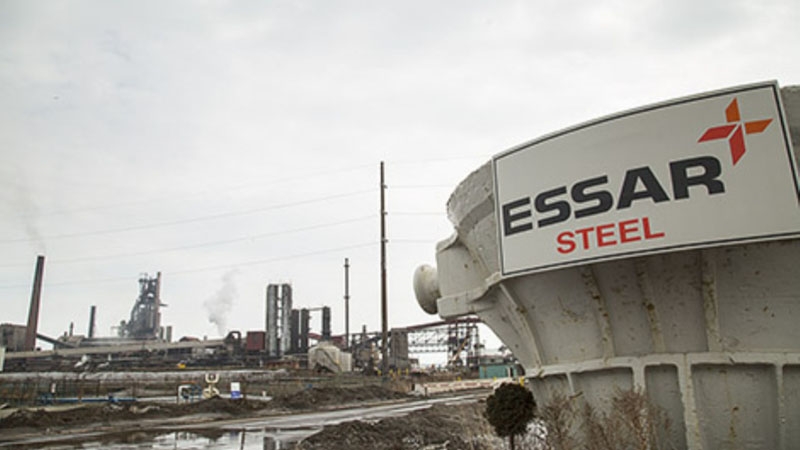 He read out from a 9-page note StanChart had submitted before the NCLAT to argue that “illegality resulted from secret negotiations between the core committee (CoC) and ArcelorMittal India”, which was detrimental to all creditors.

StanChart has approached the NCLAT alleging that the CoC had discriminated against it, as it was being offered only 1.7 percent of its total dues from Essar Steel’s resolution plan, while other financial creditors, forming part of the CoC, were getting over 85 per cent of their dues.

To a poser, whether he came to derail the resolution plan, Sibal said “No. I have come here for Rs 2,500 crore (for SCB) and discrimination”.

The two-member bench led by Chairman S J Mukhopadhyay also had some harsh words for the majority shareholder of Essar Steel, who has challenged ArcelorMittal’s eligibility over its promoter Lakshmi N Mittal’s alleged links with loan defaulting firms of his brother.

It asked Essar Steel Asia Holdings Ltd (ESAHL) why it has chosen to intervene at this stage.

ESAHL, it said, had previously withdrawn a petition it had filed after ArcelorMittal made the Rs 42,000 crore bid for Essar Steel.

“You have been present throughout the proceedings. Why were you waiting to intervene at this stage,” the bench asked ESAHL. “We are now being deviated to see endless proceedings… We are not in a position to dispose of a matter because thousands of people are intervening”.

The bench observed that it will be concluding the hearing this month for delivering a judgment.

Besides, it said that it will decide on the powers of the CoC to divide proceeds of an auction conducted to settle dues of creditors.

“Can we say it could have been compensated against the interest which would have been earned proportionately to all the creditors (Operational and Financial),” the NCLAT asked.

Sibal argued that the CoC decided on upfront payment among creditors on the basis of their voting share. He claimed that members of the CoC are themselves the beneficiaries of the distribution and therefore there is a conflict of interest.

He said the CoC’s basis for distribution is flawed and discriminatory.

The reduction in the upfront amount from (Rs 42,000 crore to Rs 39,500 crore) and the agreement to delegate the manner of distribution was evidently designed to prejudice the right of SCB to be paid its 100 percent outstanding and in doing so secretly settle with the major lenders of OSPIL comprising the core committee of ESIL’s CIRP (Corporate Insolvency Resolution Process) which, Sibal said, was contrary to “level playing field and interest of all”.

The distribution “is illegal and discriminatory and not within the domain of CoC”, he argued.

The NCLAT will continue the hearing on Wednesday.