In a surprise move, French businessman Michel Combes, who joined as SoftBank Group International CEO in January this year, has resigned, the company announced on Wednesday.

According to the company, Combes has decided to leave SoftBank to pursue new opportunities.

"I am confident that Clavel's experience -- combined with the strong SoftBank team around him -- will serve us well as we continue our journey as Vision Capitalists," said Masayoshi Son, Chairman and CEO of SoftBank Group.

Combes' departure comes as several SoftBank employees have exit the company in recent months as the company's global operations shrink.

The Japanese investment giant last month reported a huge net loss of $13.14 billion for the year ending March 31, saying that it would be forced to cut startup funding by more than half this year.

The conglomerate also reported its biggest-ever quarterly net loss at $16.2 billion for the January-March quarter.

The global market conditions have only gone worse amid rising inflation and high interest rates, leading to economic recession fears.

Combes said in a statement that he is departing SoftBank "proud of having achieved what I set out to do here, including turning around Sprint and executing its merger with T-Mobile, repositioning WeWork and successfully taking it public".

Clavel has been responsible for managing several of SoftBank's international platform of investments outside of the Vision Funds, including T-Mobile, Deutsche Telecom, WeWork and OneWeb.

Prior to joining SoftBank, Clavel spent 19 years at Morgan Stanley in investment banking. 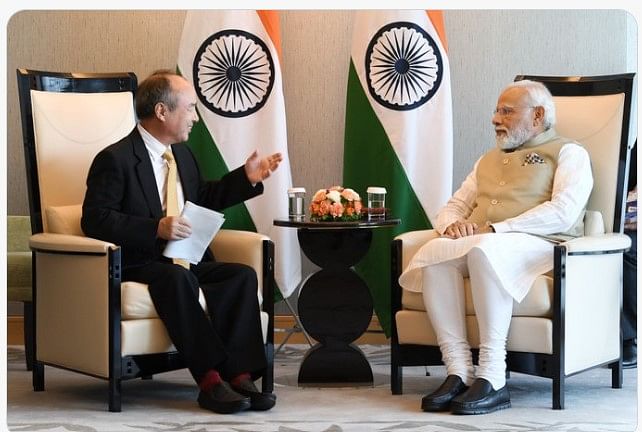