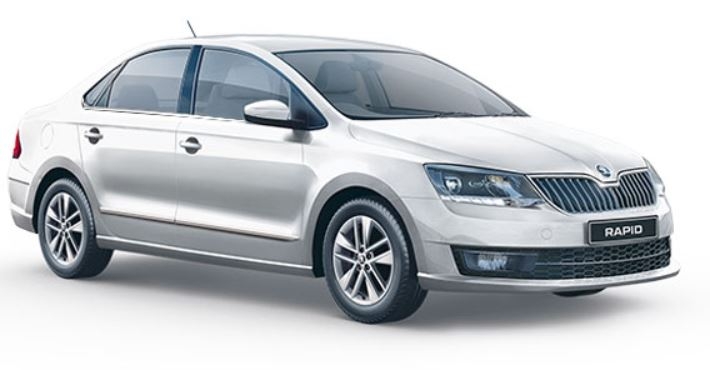 The Slavia will compete with other mid-sized sedans like Honda City, Hyundai Verna and Maruti Suzuki Ciaz in the Indian market / Representative Image | Photo: Twitter

Czech automaker Skoda Auto on Thursday unveiled its sedan Slavia in India, a market which the company expects to play a key role in its 'Strategy 2030' and help meet its long-term goal of clocking global sales of 1.5 million units a year.

Skoda Auto India has opened bookings with a down payment of Rs 11,000 for the Slavia, which is the second vehicle from the company under the Volkswagen group's India 2.0 project and the deliveries will begin in the first quarter of 2022.

The Slavia will compete with other mid-sized sedans like Honda City, Hyundai Verna and Maruti Suzuki Ciaz in the Indian market.

Addressing a virtual press conference, Skoda Auto CEO Thomas Schäfer said that in India, the company had expanded its portfolio in March with the mid-sized SUV Kushaq, the first of four vehicles as part of the India 2.0 project.

Two vehicles each for Volkswagen and Skoda are being built on the MQB A0 IN platform that has been specifically adapted for the Indian market.

''This is an important step in our regional responsibility for India within the Volkswagen group. In-vehicle production, Skoda Auto has achieved localization of up to 95 percent. Today the day has come for us to introduce our second Indian car alongside the Kushaq, the Skoda Slavia,'' he said, adding that with the brand new sedan, Skoda is ''igniting the next stage of our India 2.0 product campaign''.

The new sedan combines ''the common strength of India and the Czech Republic and at the same time embodies our core Skoda values, offering lots of space, affordable state-of-the-art technology, and many simply clever ideas'', Schäfer added.

He also said this model will usher in a new era into the Indian market.

''We want to significantly increase our sales with Slavia and Kushaq. Our overarching goal is to develop Skoda into the leading European brands in India. This will help us to expand our global sales volume in the long term to 1.5 million vehicles a year,'' Schäfer added.

He stressed that India is an integral part of the company's next-level Skoda Strategy 2030.

''We will lead the company successfully through the new decade. I'm convinced that in the coming years Skoda will take a huge step forward in India.

''We have a clearly defined strategy and impressive strong products developed in India for India and the phenomenal team on the ground that understands our customers needs perfectly,'' Schäfer added.

Under its Skoda Strategy 2030, the company has set itself to be a leading European auto brand in India, Russian and North Africa and taking more responsibilities at the VW group level, apart from becoming among the top-5 automakers in Europe, among others.

The Slavia comes with two petrol engine options of three cylinder 1-litre and four cylinder 1.5 litre delivering power of 115 PS and 150 PS, respectively. It will have six-speed manual gearbox as standard, while six-speed automatic transmission and seven-speed DSG will be optional.

Speaking on the occasion, Skoda Auto Volkswagen India Managing Director Gurpratap Boparai said, ''We have completed the first chapter of our India 2.0 project and begin the next leg... We are now moving towards higher volumes and capacity utilisation.'' Stating that the Slavia also represents a new growth area for Skoda Auto, he said it will help the company further strengthen its dominance in the segment, which is estimated to grow at over 100 percent over the next decade.

''When we started out in 2018 (India 2.0 project). One of the objectives for the (VW) group was to capture 5 percent market share by 2025. With the Skoda Kushaq and now the Slavia we are getting ever closer to achieving this ambition,'' Boparai said.

In an interaction with PTI, Skoda Auto India Brand Director Zac Hollis said the premium sedan segment has witnessed a decline in India over the past years as there have been no new launches in the market.

Asserting that Skoda is known in India for bringing premium sedans, Hollis said, ''We started this 20 years ago with the first generation Octavia. We have Octavia, Laura, Rapid so we can say that we are champions of the premium sedan segment.''