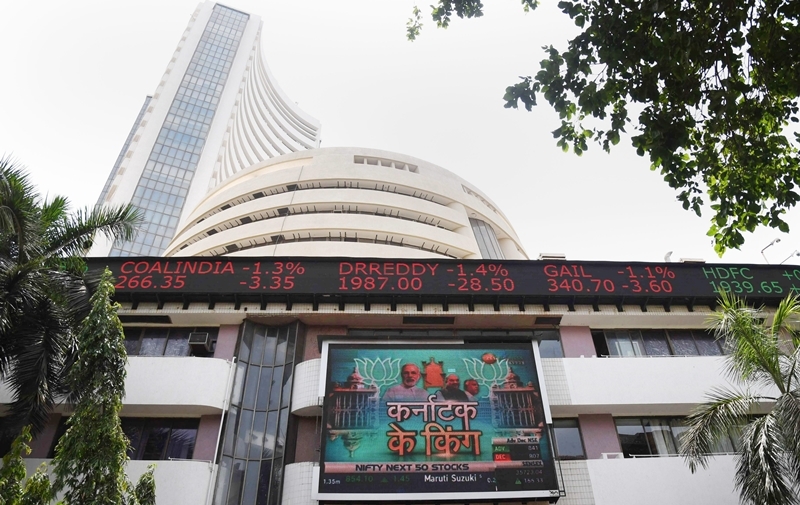 Mumbai: The benchmark Sensex plunged over 297 points and the broader NSE Nifty slipped below the 10,100 mark in early trade Friday as the November derivatives series took off on a weak note amid negative Asian cues.

The 30-share Sensex, which lost 344 points Thursday, fell further by 297.40 points, or 0.88 per cent, to 33,392.69. All sectoral indices of BSE, led by metal, power, realty and bankex were trading in the negative territory, falling by up to 1.63 per cent. The NSE Nifty too declined by 101.45 points, or 1 per cent, to 10,023.45. Brokers said despite the beginning of the November futures and options (F&O) series, investors indulged in selling activity, tracking a weak trend at other Asian markets.

Besides, disappointing quarterly earnings by Maruti Suzuki and a few other companies also dampened sentiments. Meanwhile, on a net basis, foreign funds sold shares worth Rs 1,495.71 crore, while domestic institutional investors bought shares to the tune of Rs 339.60 crore Thursday, provisional data showed. In the Sensex pack besides, Tata Steel, Tata Motors, Adani Ports, Reliance, the rest of the companies were trading in the negative territory.

Notwithstanding a positive lead from Wall Street after the solid corporate earnings, a weak trend in Asian markets led by Japan accelerated selling activity at the domestic bourses here, market analysts added. In the Asian region, Japan’s Nikkei fell 1.39 per cent, Shanghai Composite index fell 0.58 per cent, Hong Kong’s Hang Seng dropped 1.46 per cent. Taiwan too down 1.14 per cent in their early sessions. The US Dow Jones Industrial Average ended 1.63 per cent higher Thursday.