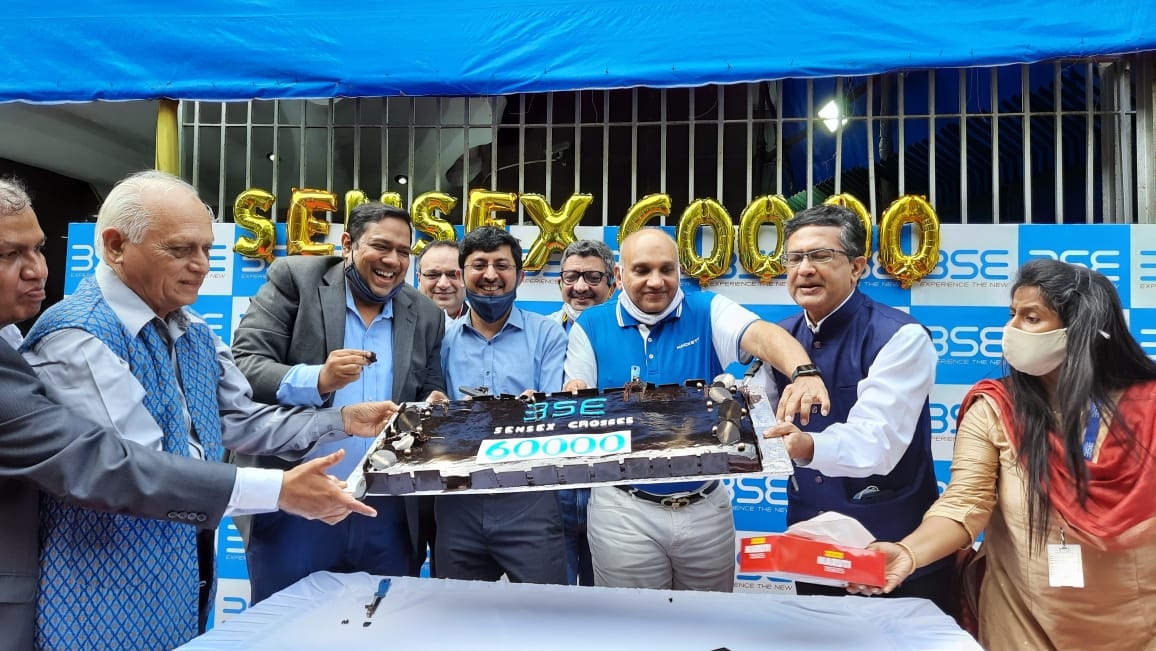 The Sensex has hit 60,000 much ahead of target date of December 2021, said Amar Ambani, Senior President & Head of Institutional Equities at Yes Securities said,. We continue to remain positive on the long-term outlook of Indian equities. Corporate balance sheets have been significantly strengthened with record equity raise in last two years. On the revenue front, the listed universe is on firm ground with accelerated trend of unorganized to organized, digital super-cycle and sustained cost management. We expect the government to continue spending on infrastructure and fast track the reform agenda."

The interest of foreign investors in Indian markets will sustain due to continued policy support from the government and accelerated pace of vaccination, offering incremental growth visibility.

The important point is the index successfully cleared the resistance of 17,800 and is comfortably trading above the same, said Shrikant Chauhan, Head of Equity Research (Retail), Kotak Securities. For the index, 17,775-17,700 could be the important support levels. On the flip side, 18,000 and 18,200 could act as a major resistance level. "Contra traders can take a long bet near 17,700 with a strict 16,650 support stop loss, while partial profit booking is advisable between 18,100 to 18,200 level. Meanwhile, the Bank Nifty has maintained a higher bottom formation. The key support levels are placed at 37,200 followed by 36,800. The structure suggests a further upside if it succeeds to trade above 37,200," he added.

Mohit Nigam, Head-Hem Securities said, "After Accenture’s robust results for August Quarter, we believe Indian IT company’s rull run can extend further in the coming time. Markets have sustained above 17,850 levels and we expect this momentum to continue which may lead Nifty50 to 18,000 levels in near term. 17,650 may act as immediate support in Nifty 50. Overall we believe that market trajectory continues to be positive and any significant dip should be utilized to invest in quality stocks for good returns."

On a day when the volumes on the NSE were higher than the recent averages, Realty, Telecom and IT indices rose the most, while Power, Metals, Consumer Durables, and Healthcare indices fell the most, said Deepak Jasani, Head-Retail, HDFC Securities. "BSE midcap index fell 1 percent, while smallcap index was down 0.3 percent. Global shares were on edge on Friday, hurt by persistent uncertainty around the fate of debt-ridden China Evergrande, even as increased risk appetite drove U.S. stocks and Treasury yields higher.

"Nifty closed higher for the fifth consecutive week, closing 1.52 percent higher for the week. Nifty is now close to 18,000 and once that round number is achieved we could see a broad-based correction in the markets. 17,645-17,792 band is the support for the Nifty," Jasani added.