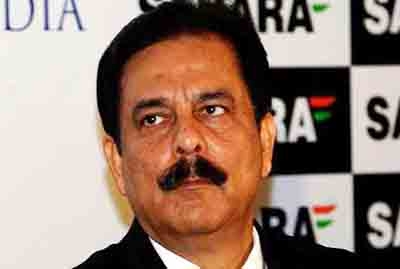 Capital markets regulator Sebi has managed to refund Rs 129 crore to investors of two Sahara companies in nearly nine years after being assigned the task by the Supreme Court, while the amount deposited in specially-opened bank accounts for the repayment purpose has swelled to over Rs 23,000 crore, according to the latest disclosure made by the regulator.

In the absence of claims from a large majority of the bondholders of the two Sahara companies, which were asked to return the money to nearly 3 crore investors along with interest in August 2012 through a Supreme Court order, the total amount refunded by Sebi rose by just about Rs 14 crore during the last fiscal, 2020-21, while the balance in Sebi-Sahara refund accounts rose by over Rs 1,400 crore during the year.

In its latest annual report, the Securities and Exchange Board of India (Sebi) said that it received 19,616 applications as of March 31, 2021, involving total refund claims of nearly Rs 81.6 crore. Of this, it has issued refunds in 16,909 cases (Rs 129 crore, including Rs 66.35 crore principal and Rs 62.34 crore interest), while 483 applications (involving over Rs 2.3 crore) have been referred back to investors for addressing discrepancies.

"These amounts along with interest earned on them after providing for making refunds to the bondholders have been deposited in various Nationalized Banks in terms of the judgment dated August 31, 2012 of the Supreme Court. As of March 31, 2021, the total amount deposited in these banks is Rs 23,191 crore," Sebi said.

Reacting to the latest update from Sebi, the Sahara group said as per its own estimate the money deposited in the Sahara-Sebi account including interest should be around Rs 25,000 crore and alleged that Sebi is "unreasonably holding Rs 25,000 crore money of Sahara and its investors".

Referring to various rounds of newspaper advertisements given by Sebi over the years to invite refund claims, Sahara said the regulator had made it clear in the last advertisement that it would not entertain any further claim received after July 2018.

"It means that for Sebi there is no more claimants to be paid and Sahara's entire Rs 25,000 crore deposited by it is unreasonably held by Sebi and should be returned to Sahara. Sahara has given all original documents pertaining to its 3 crore investors to Sebi nine years back for verification and as per the directives of the Supreme Court, this amount of Rs 25,000 Crore will eventually come back to Sahara," it said in a statement.

The group further said it was "unfortunate and unacceptable" for Sebi to hold on to the funds deposited by Sahara.

"This huge amount of money is lying unutilised, idle in the banks which is not only hurting the interest of Sahara as a business organisation but also impeding the economic growth of our country especially in these testing times of economic slowdown," it added.

Sebi had ordered Sahara India Real Estate Corporation Ltd (SIRECL) and Sahara Housing Investment Corporation Ltd (SHICL) in 2011 to refund the money raised from investors through certain bonds known as Optionally Fully Convertible Bonds (OFCDs) after the regulator ruled that the funds were raised by the two firms in violation of its rules and regulations.

After a long process of appeals and cross-appeals, the Supreme Court on August 31, 2012 upheld Sebi's directions asking the two firms to refund the money collected from investors with 15 per cent interest.

Sahara was eventually asked to deposit an estimated Rs 24,000 crore with Sebi for further refund to investors, though the group always maintained it amounted to "double payment" as it had already refunded more than 95 per cent of investors directly.

In its annual report for 2020-21, Sebi said its actions in the case are overseen by Justice (Retd) B N Agarwal, appointed by the Supreme Court in this matter and details are provided in the status report filed before the apex court from time to time.

As of March 31, 2021, Sebi had filed 22 status reports before the Supreme Court in this matter.

Sahara group, in its statement, said it has always built its businesses by productively channelizing human capital spread across India and giving employment and work at people's doorstep.

"In this way, Sahara is providing bread and butter to more than 14 lakh people in their own villages and towns. It is the country's second-largest human capital after Indian Railways. This amount could have been used by the organisation to generate more employment and work and helped the country and therefore its economy," it added.