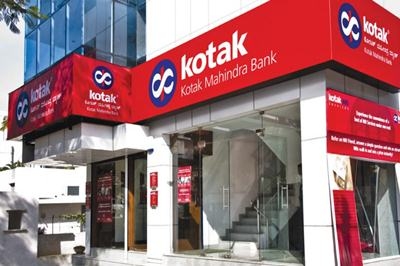 Markets regulator Sebi on Friday disposed of proceedings against Kotak Mahindra Bank in a matter pertaining to the breach of investment limit in the scrip of Sathavahana Ispat Ltd by two foreign portfolio investors.

However, in the same matter, Sebi has levied a fine of Rs 1 lakh on two foreign portfolio investors (FPIs) -- Heshika Growth Fund and Plutus Terra India Fund -- to be paid jointly and severally by them.

Two separate orders were issued by the Securities and Exchange Board of India (Sebi) on Friday in this regard.

The proceedings against Kotak Mahindra Bank were initiated in its capacity as a designated depository participant (DDP).

"The charges levelled against the Noticee No.1, i.e., Kotak Mahindra Bank Limited do not stand established and hence no penalty is to be imposed upon it," Sebi said.

The FPIs are part of the same group of FPIs.

It was alleged that Kotak Mahindra Bank failed to group the FPIs appropriately and did not report to Sebi the delay on behalf of the FPIs in intimation of change in grouping information where the delay is beyond six months.

However, Sebi noted that the FPIs had not clubbed their investments for the purpose of reporting to the DDP, which was a legal requirement since January 2014 and in the absence of such information being provided by them to Kotak Mahindra Bank, it wouldn't have been possible for it to know of the common end beneficial ownership and club their investments for onward reporting to the depositories.

The first time when the lender had information regarding common beneficial ownership of the FPIs, was on April 18, 2019, and on April 26, 2019, it had immediately informed this material change to NSDL.

Further, it had informed the regulator about the decision of the FPIs to treat their combined investments in the company beyond the limit of 10 per cent as FDI, within 2 days of the receipt of such decision.

Regarding the FPIs, Sebi said, "...the Noticees 2 and 3 also failed to observe high standards of professionalism and competence by failing to provide correct ownership information, failure in compliance with the April 10, 2018, circular of Sebi in dealing with their shareholding in excess of the 10 per cent limit, and failed to abide by provisions of the FPI Regulations and operational guidelines in non-compliance of relevant clauses of the code of conduct."