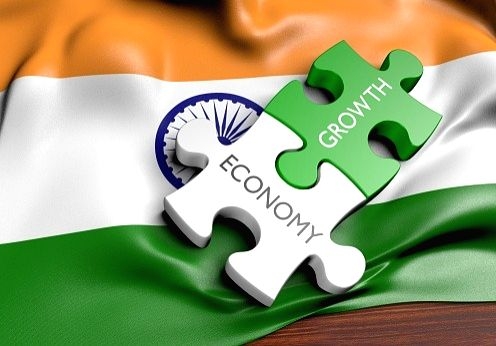 The digitisation drive and pandemic-induced emergence of the gig economy have led to a faster formalisation of the economy, with the share of the informal sector shrinking to just 15-20 per cent in 2021 from 52.4 per cent in 2018, according to an SBI Research report.

Share of the informal economy has fallen drastically to 15-20 per cent of the gross value added (GVA) or the formal GDP in 2020-21 from 52.4 per cent in 2017-18 due to digitisation and the rapidly expanding gig economy, said Soumya Kanti Ghosh, the group chief economic advisor at SBI.

The note ban hit hardest the informal sector which then constituted 93 per cent of the workforce. The second blow to the informal economy was the GST and the final and the hardest hit came from the pandemic. At least Rs 13 lakh crore has come under the formal economy through various channels over the past few years, including the recent scheme on the E-Shram portal, the report said.

Real GDP was estimated at Rs 135.13 lakh crore in FY21 but lost 7.3 per cent of that in FY22 after the worst economic contraction on record due to the pandemic.

The 2011 Census pegged the size of the informal sector in trade, hotels, transport, communication and broadcasting at 40 per cent; in construction at around 34 per cent; 16 per cent of public administration; and 20 per cent of manufacturing and almost 100 per cent formalisation in finance, insurance and utilities, and to a large extent in real estate and agriculture. The formal financial sector has even expanded by 10 per cent post-the pandemic, with the DBT transfers gaining traction and that of formalised utility services size expanded by 1 per cent during the pandemic, according to the report.

The report, quoting the monthly EPFO payroll data, said that since FY18, almost 36.6 lakh jobs have been formalised till July 2021 and the report expects that this fiscal formalisation rate will be higher than FY20 but lower than the FY19 level.

It also said payments worth Rs 1 lakh crore have been made at petrol pumps alone in the past five years.

A sizeable informal economy is not just an emerging and developing economy feature, and according to the IMF, 20 per cent of the European GDP is an informal economy. On the impact of the just-launched E-Shram portal, a first-ever national database of unorganised workers, on the formalisation of the economy, the report said as much as 5.7 crore unorganised workers have registered in the first two months after its launch in August, with 62 per cent of workers belonging to the 18-40 age-group and 92 per cent of the registered workers having monthly income of under Rs 10,000.

Ghosh considers the E-Shram portal to be a big step towards employment formalisation as to date the rate of formalisation of unorganised labour due to E-Shram is around 17 per cent or Rs 6.8 lakh crore, which is 3 per cent of GDP in just two months.

As of the 2014 NSSO survey, as much as 93 per cent of the workforce earned their livelihoods as informal workers, who were hit the hardest by the pandemic too.