HomeBusinessRupee falls over 11% in 2022, worst among Asian currencies

Rupee falls over 11% in 2022, worst among Asian currencies

Rupee falls over 11% in 2022, worst among Asian currencies | File
Follow us on

The Indian rupee depreciated over 11 per cent in 2022 against the dollar -- its poorest performance since 2013 and the worst drubbing among Asian currencies -- as the US Federal Reserve's aggressive monetary policy propelled the greenback.

The Indian unit, however, fared better than some other global currencies like the Turkish Lira and British Pound.

The volatility in the forex market, prompted by a rally in global oil prices following Russia's war in Ukraine, meant the Reserve Bank had to frequently dip into its reserves as imported inflation became a challenge for policymakers.

Since mid-October, the rupee recovered from the bouts of volatility experienced in the earlier part of the year and has been trading close to its long term trend, as per the RBI's Financial Stability Report.

The volatility in the currency market during the year was triggered by the outbreak of the Russia-Ukraine war in February as it disrupted the global supply chains, fuelling inflation as well as inflationary expectations across the world.

A hawkish US Federal Reserve started raising rates to rein in inflation just as severe geopolitical crises besieged the global economy. It made the dollar a safe haven currency, causing huge investment outflows from other countries.

High crude oil prices in the international market too weighed on the rupee. Foreign investors pulled out a net sum of Rs 1.22 lakh crore from the Indian equity markets and over Rs 17,000 crore from the debt markets in 2022 owing to aggressive rate hike by central banks globally. Though the RBI spent more than a hundred billion dollars to prop up the sliding rupee, it crossed the psychological mark of 83 to a greenback.

Yet, there is hope for the rupee in the New Year. There are indications that the US Fed will further reduce the intensity of rate hikes in the coming year. Also, the global investors have not lost confidence in Indian markets, and FII inflows have begun to improve.

In addition, declining global energy prices, strong fundamentals of the Indian economy and inflation coming back to the Reserve Bank's comfort level will help the rupee regain some strength against USD.

Dilip Parmar, Research Analyst, HDFC Securities, said 2023 could start on a volatile note as resurgent Covid worries could bode well for the dollar, while the second half is expected to be relatively calmer as we see inflation and interest rates peak out.

"We believe the rupee can consolidate between 84 to 79 and could register a small depreciation against the US dollar. Historically, we have seen whenever there was more than 10 per cent depreciation, the next year remains relatively calmer with average depreciation of around 2 per cent," Parmar added.

Falling value of the rupee has also created concerns on the Current Account Deficit (CAD) front, which coupled with widening trade deficit could put further pressure on the Indian currency going forward.

On January 3 (the first trading day of 2022), the rupee closed almost flat at 74.28. It slumped 98 paise on February 24, the day the Russia-Ukraine war started and since then it has been on a downslide. On October 19, the rupee breached the 83 mark for the first time amid unabated foreign capital outflows, a strong dollar in the overseas markets, rising crude prices and risk-averse sentiment among investors. 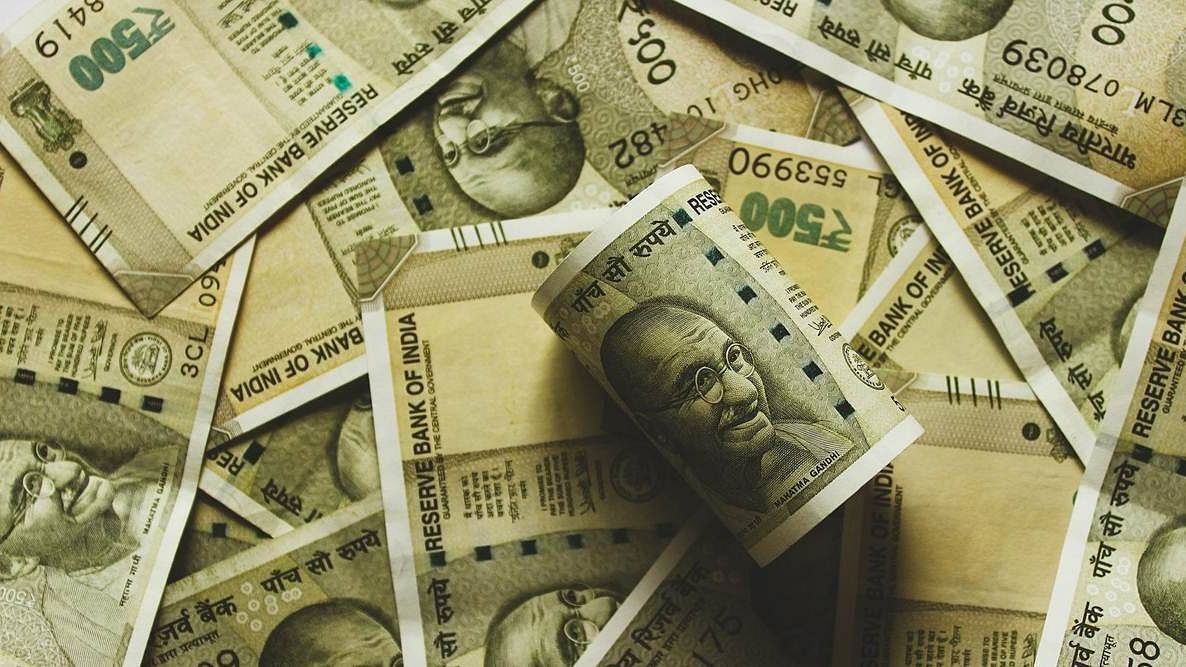 Navneet Damani, Senior Vice President, Currency and Commodity, MOFSL, said the rupee weakened sharply this year and weakness has been to the tune of 10 per cent primarily led by strength in the dollar against its major crosses.

"Major currencies in 2022 have fallen by an average of over 10 per cent including the rupee. But volatility for the rupee has been curtailed by active intervention by the RBI. Reserves have witnessed a bit of erosion but the central bank is now starting to again build up its reserves and that would act as a buffer in times of uncertainty," he said.

In the coming year, Motilal Oswal Financial Services (MOFSL) expects that volatility for the rupee could continue to remain elevated and with central banks at this point of time continuing to remain hawkish, it is likely to be supportive for the dollar across the board.

"We expect that the USD-INR (Spot) could trade with a positive bias and in the next quarter could quote in the range of 81.50 and 84.50," he added.

Aditi Nayar, Chief Economist, ICRA, said the rupee is likely to remain dominated by trends in the dollar index and global sentiment, with the latter likely to keenly guide trends in FPI flows.

The rupee gained 26 paise to close at 82.61 against the US dollar in the last trading session of 2022, as the American currency retreated from its elevated levels. On December 31, 2021, the rupee had settled at 74.29 against the greenback.