Rupee down 3 paise vs USD in late morning deals 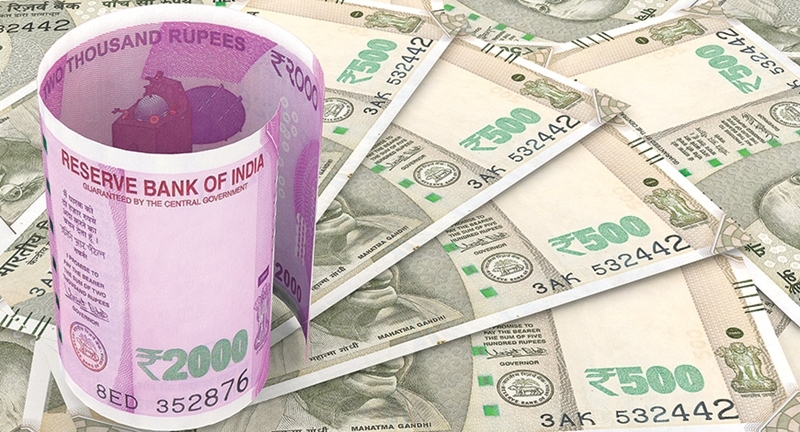 Mumbai: The rupee pared initial losses against the US dollar to trade at Rs 64.73, still down by 3 paise in late morning deals on persistent month-end dollar demand from importers and banks amid lower domestic equities.

The rupee opened a tad lower at 64.71 against last Friday’s closing level of 64.70 per dollar at the interbank forex market. It slid further to 64.83 before quoting at 64.73 at 1100 hrs. The domestic unit hovered between 64.83 and 64.71 during morning trade. A bearish dollar overseas is capping the rupee losses, a dealer said.

Globally, the US dollar was lower against its major rivals in early Asian trade, while the euro hit a two-month high and held firm against other major currencies, thanks to strong German business confidence and reduced anxiety about political instability in Europe’s biggest economy. The BSE Sensex was trading lower by 54.66 points, or 0.16 per cent, at 33,624.58 at 1035 hours.