Edible oil firm Ruchi Soya, which is owned by Baba Ramdev-led Patanjali Ayurved, will hit the capital market with its follow-on public offer (FPO) on March 24 to raise up to Rs 4,300 crore.

In a regulatory filing late on Friday, Ruchi Soya said a committee of the board has approved and adopted the red herring prospectus (RHP). It also approved the bid/ issue opening date of March 24, 2022, and closing date of March 28, 2022.

The issue also includes a reservation of up to 10,000 equity shares for subscription by eligible employees. If such placement is completed, the follow-on size will be reduced. The issue will open on March 24 and close on March 28.

In August last year, the company had received capital markets regulator Sebi's go-ahead to launch the FPO. It had filed the draft red herring prospectus (DRHP) in June 2021.

After filing a draft red herring prospectus (DRHP) in June 2021, the Securities and Exchange Board of India (SEBI) approved the public issue of the Ruchi Soya FPO in August 2021.

To comply with Sebi's requirement of a minimum public shareholding of 25 percent in a listed business, the company is issuing a further public offering.

It will take about three years to reduce promoters' stake to 75 percent. This FPO dilution will aid Baba Ramdev's Patanjali Ayurveda, which owns Ruchi Soya, in adhering to the minimum shareholding rules, it said in a press statement.

As per the DRHP, Ruchi Soya mentions it will utilize the entire issue proceeds for furthering the company's business by repayment of certain outstanding loans, meeting its incremental working capital requirements and other general corporate purposes.

The company is coming out with the public issue to meet Sebi's norm of minimum public shareholding of 25 percent in a listed entity.

As per the DRHP, Ruchi Soya will utilise the entire issue proceeds for furthering the company's business by repayment of certain outstanding loans, meeting its incremental working capital requirements and other general corporate purposes.

In 2019, Patanjali acquired Ruchi Soya, which is listed on the stock exchanges, through an insolvency process for Rs 4,350 crore.

The promoters currently have nearly 99 percent stake. The company needs to dilute a minimum 9 percent stake in this round of the FPO.

The company has an integrated value chain in palm and soya segments, having a farm-to-fork business model. It has brands such as Mahakosh, Sunrich, Ruchi Gold and Nutrela. 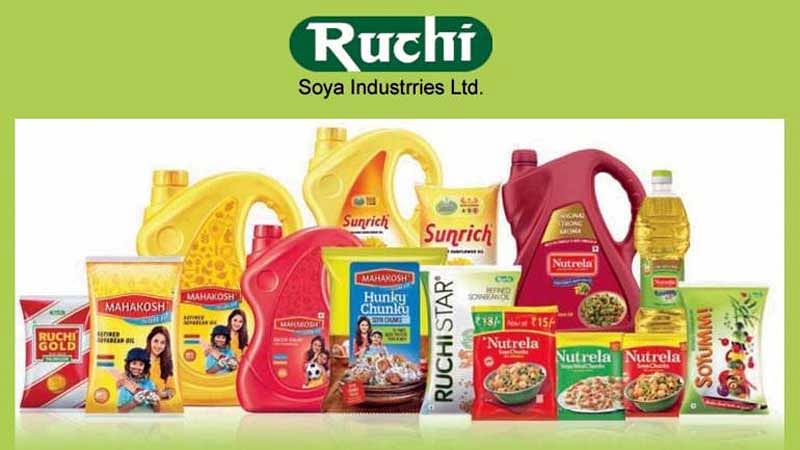 HomeBusinessRuchi Soya to launch follow-on public offer on March 24; to raise up to Rs 4,300 cr