Prime Minister said the government was treating the private sector as a partner in growth.

Prime Minister Narendra Modi said on Friday said that real growth was not possible without inclusive growth as he recalled various initiatives taken by his government during the last eight years.

Speaking at the first Arun Jaitley Memorial lecture, the Prime Minister said the government was treating the private sector as a partner in growth.

"I want to ask this question to all of you. Is real growth possible without inclusion? Can inclusion be thought of without growth?" he questioned.

Reeling out steps taken by his government to promote inclusive growth, he said nine crore free cooking gas connections have been given, 10 crore toilets have been constructed and 45 crore bank accounts have been opened in the last eight years.

He further said that prior to 2014, on average 50 medical colleges used to be set up in 10 years. However, in the last 7-8 years, 209 new medical colleges have been set up, which is four times more.

The Prime Minister said India is not undertaking reforms under compulsion, but carrying "reforms by conviction" to prepare a roadmap for the next 25 years.

Reforms are a win-win choice, he added.

He further said India's recovery from the COVID-19 pandemic is reflective of choosing a people-centric policy adopted by the government and not taking measures based on populist impulse.

Jaitley served as the Union finance minister in the first Modi government and wore many hats in public life, from that of a lawyer to a politician and a cricket administrator. He died at 66 years of age in August 2019 after battling a prolonged illness.

Read Also
Many cities of Maharashtra to be growth centres of the country: PM Modi 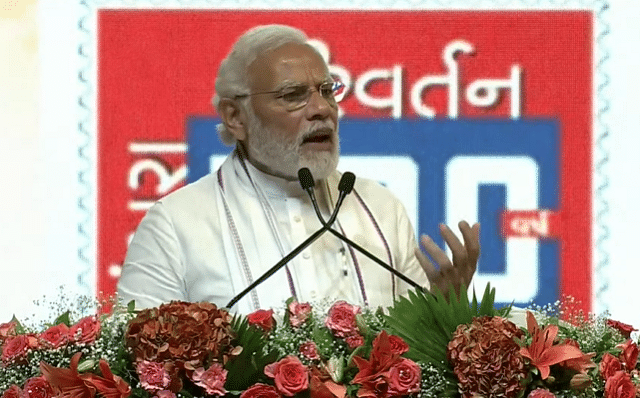