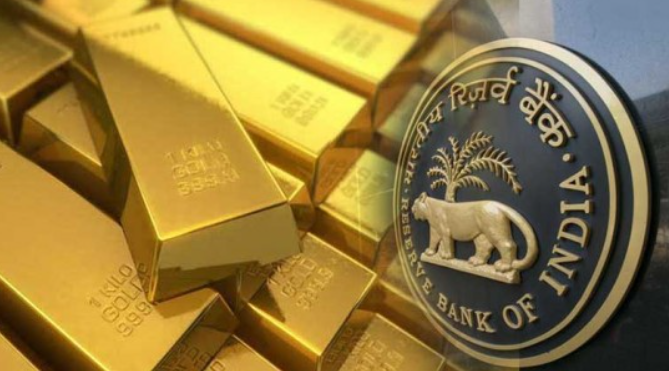 RBI's gold reserves have been known to aid in diversification of overall international reserves and may boost returns during extremely low or negative international interest rates. \ Representative Image |

RBI's addition of gold reserves from 2018 will help the sovereign rating of India, a research by Indian Institute of Management-Ahmedabad released on Friday said.

The study of 48 countries by the premier institute's ''India Gold Policy Centre'' for two decades ending 2020, said high levels of central bank gold reserves have a strong impact in reducing the sovereign credit risk of that country in international markets.

"In the current scenario, the findings therefore seem to have positive implications for India," the study showed.

The researchers considered five-year sovereign credit default swap (CDS) spreads for 48 advanced and emerging market countries over a 20-year period, from 2000 to 2020 for measuring the economy's default risk, as per an official statement.

The data was mapped against information on Central Banks gold stocks obtained from the World Gold Council database, it added.

"In 2020, Moody's downgraded India's sovereign rating to Baa3, highlighting its weak fiscal position as the primary cause of credit restriction. The findings of this cross-country study suggest that higher central bank gold reserves can help in stemming a further deterioration and provide support to the credit ratings of countries such as India," Arvind Sahay, who chairs the centre, said.

Professor Sanket Mohapatra said there has been a general increase in RBI's gold reserves since 2018, and added that these reserves have been known to aid in diversification of overall international reserves and may boost returns during extremely low or negative international interest rates.

"Our study shows that they can also have a positive impact on sovereign creditworthiness, particularly during times of financial market volatility and crisis episodes," he added.