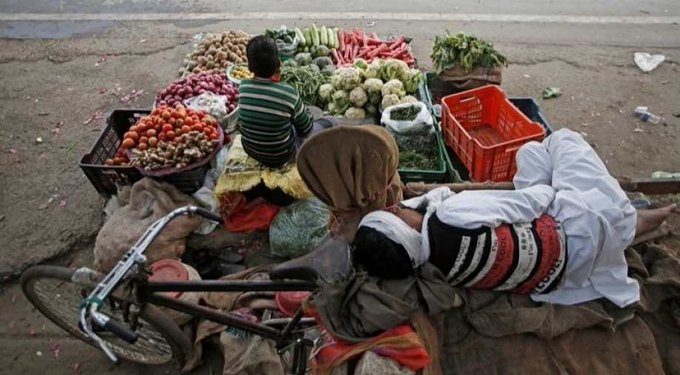 With the ebbing of the second COVID wave, RBI retained its GDP growth forecast for the current fiscal year ending in March 2022 at 9.5 per cent, but revised its retail inflation forecast to 5.7 per cent, up from the earlier 5.1 per cent. | Twitter @sethia_b

The Reserve Bank of India (RBI) on Friday expectedly kept interest rates unchanged at a record low as it chose to support economic revival despite raising its forecast for inflation.

The six-member Monetary Policy Committee (MPC) voted unanimously to retain the main repurchase (repo) rate -- the key lending rate at which the central bank lends short-term funds to banks -- at 4 per cent, but was split on continuing with the lower-for-longer stance.

"The MPC also decided on a 5 to 1 majority to continue with the accommodative stance as long as necessary to revive and sustain growth on a durable basis," RBI Governor Shaktikanta Das said while announcing the monetary policy. This was a departure from the past when they were unanimous on the need to support growth.

An accommodative stance means a rate hike is unlikely.

This is the seventh time in a row that RBI has left the policy rate unchanged. RBI had last revised its policy rate on May 22, 2020 in an off-policy cycle to perk up demand by cutting the interest rate to a historic low amid the onset of the COVID-19 pandemic.

Prior to that, the MPC had cut key lending rates by 250 basis points since February 2019 to support growth.

With the ebbing of the second COVID wave, RBI retained its GDP growth forecast for the current fiscal year ending in March 2022 at 9.5 per cent, but revised its retail inflation forecast to 5.7 per cent, up from the earlier 5.1 per cent.

The projected inflation being closer to the upper tolerance band implies price pressures are not likely to ease anytime soon despite the revival of monsoon and pick up in Kharif sowing.

The central bank scaled down the growth projections for the next few quarters in the current fiscal but raised the forecast for April-June to 21.4 per cent. This, analysts said, may be reflective of its concerns on the pace of consumption demand revival despite the expectations of a favourable Kharif crop, buoyant exports, steady progress in vaccination, and a conducive monetary and fiscal policy.

Growth in Q1 of next fiscal was forecast at 17.2 per cent.