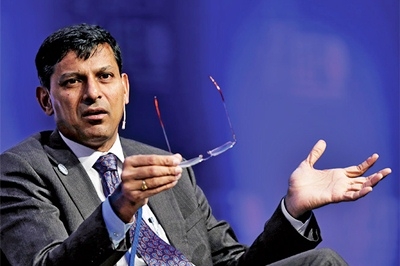 Washington: Expressing confidence over the passage of long pending GST bill in Parliament, RBI Governor Raghuram Rajan has told American investors the new regime will improve collections and broaden the tax base. In an event organised by the US India Business Council (USIBC) in New York last week, Rajan told American institutional investors that the priority for Reserve Bank isto clean up banks and their non-performing assets.

He said RBI’s continued focus on fiscal consolidation and inflation will mean that they will reach their targeted goals, a USIBC statement quoted Rajan saying. Rajan observed the intention is to give banks more powers to allow for greater recovery of money and give relevant stakeholders an active role in the resolution process.

During the interaction, the governor said he is optimistic about the passage of goods and services tax (GST) and the opportunities for compromise that will help realise the goals of the GST – a unified tax market, improvement in tax collection and broadening the tax base, USIBC said.

Under this major reform, central and state taxes will get subsumed into GST, which will reduce the multiplicity of taxes, and thus bring down the compliance cost. With GST, the burden of Central Sales Tax (CST) will also be phased out. Led by USIBC Chairman Ajay Banga, the discussion focused on issues such as inflation, fiscal deficit management, recent rate cuts, monetary policy, deepening capital markets, modernising India’s capital markets to mobilise investment in Indian infrastructure and world-class companies.

The council applauded the Indian government for its recent reform introduced in private sector banking that permits the total foreign holding in private banks to have a composite cap of 74 per cent and eliminates existing sub-limits for FDI and FII capital (which were at 49 per cent).

Banks and investors will have greater flexibility to raise capital and to meet the stringent capital adequacy norms. This reform is a critical step in supporting credit growth in the financial markets and the Indian economy, USIBC said. USIBC President Mukesh Aghi said the Indian financial markets are an important driver for the country’s economic growth. “There needs to be a level playing field for global participants in India’s financial markets with clear, nationality-neutral regulations across all asset classes,” he said.