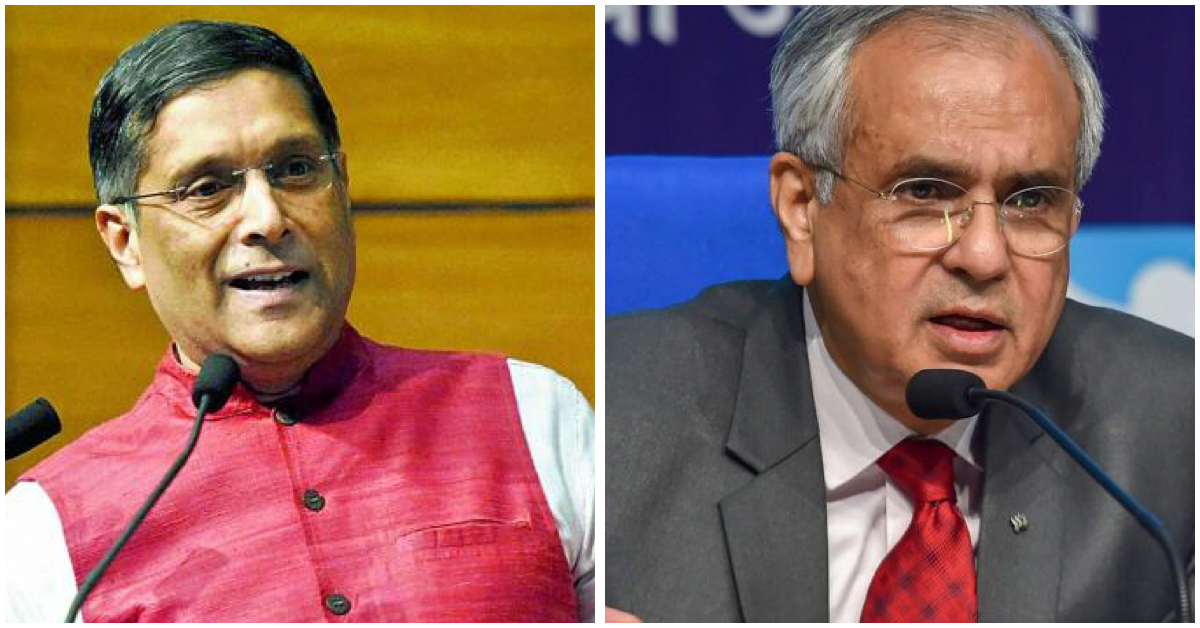 "Very surprised to read @arvindsubraman 's co-authored piece this morning criticising #AatmaNirbharBharat. It effectively started during his tenure as Chief Economic Advisor which as he writes saw the highest increase in import tariffs in 2018 to nearly 18 per cent," Kumar said in a tweet..

"Not fair or honest to take one stand when within the government and the opposite after leaving it," he added.

Subramanian had joined the Narendra Modi-led government as CEA in October 2014 for a three-year term. Later, his term was extended by a year.

However, he cut short his extended tenure to return to the US for personal reasons. Currently, he is a professor of economics at Ashoka University.

According to the paper, India is turning inward, domestic demand is assuming primacy over export-orientation and trade restrictions are increasing, reversing a three-decade trend.

"Resisting the misleading allure of the domestic market, India should zealously boost export performance and deploy all means to achieve that," the paper said.

"... abandoning export orientation will amount to killing the goose that lays golden eggs and indeed to killing the only goose laying eggs. Alas, to embrace atmanirbharta is to choose to condemn the Indian economy to mediocrity," it noted.

Further, the paper said the consensus to favour an inward orientation was emerging even before COVID-19 had struck India, reflected in increasing calls to 'atmanirbharta' or self reliance.

This shift is based on three misconceptions that India's domestic market size is big, India's growth has been based on domestic not export markets, and export prospects are dim because the world is deglobalising, it noted.

"Indeed, given constraints on public, corporate and household balance sheets, abandoning export orientation is akin to killing the only goose that can lay eggs," it said.