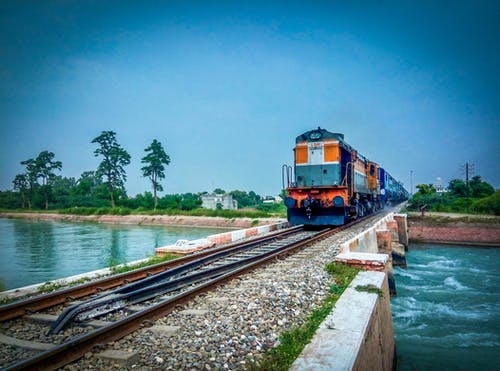 The government's plans for a major reorganisation of companies functioning under the Ministry of Railways may see creation of one public sector undertaking for rolling stock and manufacturing of locomotives.

The plan now is to establish one PSU that will integrate all production units under its fold. So while the factories may remain separate at present, their operation would be looked at by one entity. Movement of assets and employees from respective units to integrated PSUs would be done in phases.

The reorganisation of the railway's companies is being looked into as as part of an exercise to professionalise its organisation and make it self-sustaining.

The proposals for a major reorganisation of the railways form part of a set of recommendations given by Sanjeev Sanyal, Principal Economic Advisor in the Finance Ministry, in a report titled "Rationalisation of Government Bodies under MoR (Ministry of Railways)".

The report had been forwarded by the Cabinet Secretariat to the Railway Board for immediate action.

Sources said that Railways is looking at each and every aspect of the Sanyal report and may soon took a final call on implementing some of its recommendations. The process may be started in the next fiscal year.

Sanyal, in his report, has not limited his recommendations for production units of railways but has gone to the extend of suggesting integrating 21 railway recruitment boards under a national testing agency, that conducts common preliminary examination for various recruitments in the Central government.

In line with the reorganisation plan, the Railways is also looking to merge the RVNL with the IRCON, and the RITES taking over BCL.

The restructuring would also look at railways' IT operations, currently being handled through a set of three different organisations - the Indian Railway Catering and Tourism Corporation (IRCTC), Railtel Corporation, and Centre for Railway Information System (CRIS).

The recommendation is to wind up CRIS after handing over all its work to the IRCTC and then merge Railtel with the IRCTC. The Bibek Debroy Committee on Restructuring Railways (2015) had also recommended integration of all IT initiatives in the railways.

"Railways would go for a complete overhaul in coming months with the aim to become professional and profitable organisation while at the same time offering the best transportation services to all its citizens at most competitive pricing," said a government official privy to the planning on overhauling the transporter.

(With input from IANS)