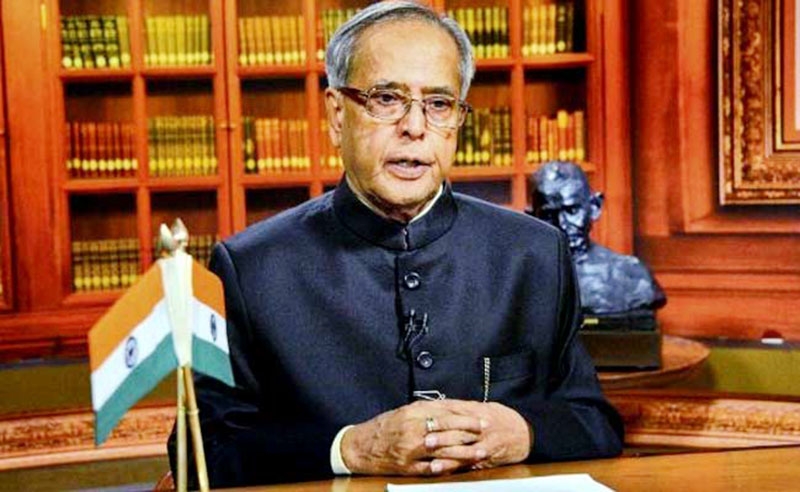 New Delhi : President Pranab Mukherjee on Tuesday made a case for “appropriate policy interventions” to boost exports that are suffering on account of sluggish global demand and trade barriers imposed by various countries, reports PTI.

Stressing that sluggish global demand is a serious challenge in reviving exports, Mukherjee also underlined the need for improving competitiveness of domestic industry through better infrastructure and regulations.

“We today observe that several developed countries have consciously introduced special concessions and stimulus packages to manage the present downturn. We in India also need to ensure our exporters are adequately supported through appropriate policy interventions,” he said here at the inauguration of Diamond Jubilee celebrations of the Export Credit Guarantee Corporation of India (ECGC).

Since December 2014, exports fell for 18 straight months till May 2016 due to weak global demand. Shipments witnessed growth only in June this year and again entered the negative zone in July and August. Recovering from the two-month dip, exports grew 4.62 per cent to USD 22.9 billion in September. The President said there is a need to focus on SMEs which have the potential for accelerated growth, but are at the same time considered a high-risk venture by commercial lenders. ECGC needs to respond appropriately in light of the overall macro situation and business practices followed by its counterparts all over the world, he suggested.

Mukherjee, however, expressed hope that the current year’s economic growth will improve on the back of the normal monsoon, but the government should remain cautious on the price front.The President said further: “Reviving exports in a scenario of sluggish demand worldwide will remain a serious challenge to us. We must overcome (it) by improving competitiveness of the domestic industries through better infrastructure and regulation.”

Weak global demand has impacted exports adversely, which declined 2.1 per cent in the first quarter of 2016-17, and imports have declined sharply by 11.5 per cent.

A lower trade deficit has helped in narrowing the current account deficit by 0.1 per cent of GDP in April-June 2016-17, from 1.2 per cent in the corresponding quarter of the last year, he said.

“Our external sector remains steady while we are committed to prudent fiscal consolidation. This augurs well for our macro economy, but we must remain cautious on the trend of food price,” Mukherjee added. According to the President, a normal monsoon this year is expected to provide fillip to this year’s growth unlike the last two previous years when below-normal rain created an agrarian crisis and caused much rural distress. He also highlighted export credit insurance and guarantee in the spectrum of trade financing.