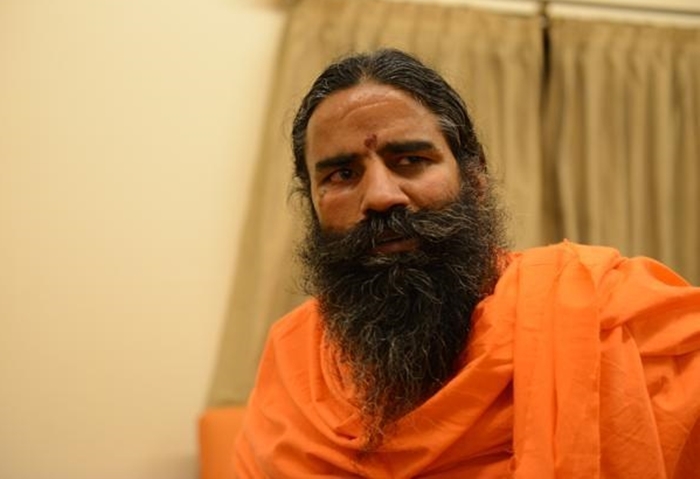 Witnessing growth in leaps and bounds the always busy but yet cheerful Baba Ramdev, whose Rs 5000 cr Patanjali empire (as on March end 2016) has launched a vigorous expansion plan, talked on a variety of subjects in a brief interview with Sanjeev Ratan Singh at his home, Sant Kutir, in Haridwar. From the issue of taxing income of political parties through contributions to cross border terrorism and the fate of the campaign against black money besides the affairs of his Patanjali group – nothing was left out by him despite being pressed for time as he had to rush away for some important work. He was of the opinion that political parties, at least the major ones, should be taking up the issue of tax deduction on funding and also for bringing political parties under the purview of RTI. On cross border terrorism he was clearly against the liberal attitude of India when it came to repeated attacks by Pakistan. For Baba Ramdev aggression is the only solution to stop the cross border attacks. Basically he wants India to be in an attack mode and not just retaliate every time there is an attack. On the constant changing of goal posts as far as demonetization is concerned, he said that while some short term measures were needed but now it is time to discuss it thoroughly and a policy should be declared without any further changes.

Q: Only tax payers are bearing the brunt of all kinds of taxes. Income of political parties should be taxed too? Why are they exempted?

A: Talk about taxing funding of political parties and bringing them under purview of RTI has been going on for long. I feel that big parties should act on these issues.

It will be good for them. Some parties should start supporting it. Nothing will happen if you and I say it but we should raise our voice. However, to implement it on ground level is the work of political parties.

Q: In this demonetization phase there is daily change of goal post and directives? How would people trust the government?

A: There should be a serious discussion on this issue. Some short term measures were necessary  but now that it is known what all challenges need to be faced then there should be a policy declared without any further changes. Also, now that there is enough money in the banks then why not reduce the interest rates.

Q: There is no dearth of corrupt officials, bankers, politicians, journalists and people in general. Until they are taken care of would the drive against black money succeed?

A: There are four aspects of this issue. First banks should become transparent and accountable. They have to have an effective and aggressive working style. Second, RBI has to play a major role in preventing circulation of fake notes and doubling of currency. Third, The taxation dept should not oppress common people and those earning money honestly but at the same time should  not spare the corrupt. Fourth is that public should also support the government’s move. Only when these four things happen then everything will work out fine.

Q: People have been supporting the move and peacefully standing in queues.

A: Yes. But we have to change our habits somewhat.

A: To channelize the entire economy in a country with a population of 125 crore will take some time and it was expected that it would take a long time.

Q: Are we doing enough to stop cross border terrorism?

“Our dream is to give employment to five lakh people and connect 5 crore farmers directly with us in next five years. Also, we want to root out MNCs from the country so that our money remains within the country and is spent on its welfare”

Q: How is Patanjali progressing towards meeting your targets in the next 10 years?

Everybody knows that East India Company earned and took away money and the same thing is happening now. Royalty and profit both are being taken away by MNCs. What are they getting royalty for? What do they do for the country or CSR? These MNCs feel that they can just cast a few crumbs before us and earn massive profit. How much they do for the country everyone knows. Patanjali on the other hand has no secrets. I, Ramdev, am an unpaid brand ambassador and Acharya Balkrishna is an unpaid MD, CEO and shareholder who does not even take even one rupee as salary and no dividend. Our profit is for charity and maximum is spent on education, yoga and ayurved research.

Patanjali is not a brand of a single person but that of 125 crore people of this country and whatever it does it will do it for all. Shareholders are not businessmen and neither will anyone from trading community take control of it (Patanjali). We used to hear about trusteeship and selfless service but we have been able to make these as well as swadeshi philosophy a reality and actualize it in our work.

Q: How is your fight against MNCs progressing?

A: This time our target is Rs 10,000 crore. Every year our growth rate will be 100 to 200 per cent whereas all MNCs will have two to three per cent growth rate all over the world and not just in India. Many are slipping and their downfall has already started. We had said that gates of Colgate would shut down and the process has already begun. Nestle’s bird has taken flight and would have to leave India soon.

“This time our target is Rs 10,000 crore. Every year our growth rate will be 100 to 200 per cent whereas all MNCs will have two to three per cent growth rate all over the world and not just in India. Many are slipping and their downfall has already started. We had said that gates of Colgate would shut down and the process has already begun. Nestle’s bird has taken flight and would have to leave India soon”

Q: What is the contribution of rural market?

A: We are working a lot in that area and penetrating more. Tehsil level distributors supply chain is being strengthened.

Q: Impact of demonetization particularly in rural area because of mainly cash transactions?

A: A little bit yes. But then as I have been saying that it would not have a long term impact.

Q: Has Patanjali challenged the fine of Rs 11 lakh imposed on it by Uttarakhand government?

A: Yes we have challenged it. The order said our label was not right for a product. The fine was imposed on us for misbranding. However, our branding is always true. The case was lodged in 2012 and now the Congress government has put pressure on administration to issue an order. Thousands of such orders are passed.

Q: What is the status of your dream project — Vedic Education Board?

A: Now I have renamed it Bharatiya Education Board. I believe that change in the system can be brought about through education only. Vedic and Bharatiya education and an education about culture along with modern education would get us the right kind of citizens. He will be skillful and knowledgeable. We are working on a system that will produce world class citizens. We will get success.

Q: What is the status of your Bharat Swabhiman Andolan?

A: Our work in this front is based on swadeshi philosophy. Till humans are there on earth swadeshi and vedas will remain. Swadeshi is not just a thing. It is a thought process, principles and a comprehensive philosophy which is permanent, decentralized, just and non violent divine prosperity. It is an idea of development. It is not just of one country but is universal.

To conclude our dream is to give employment to five lakh people and connect 5 crore farmers directly with us in next five years. Also, we want to root out MNCs from the country so that our money remains within the country and is spent on its welfare.