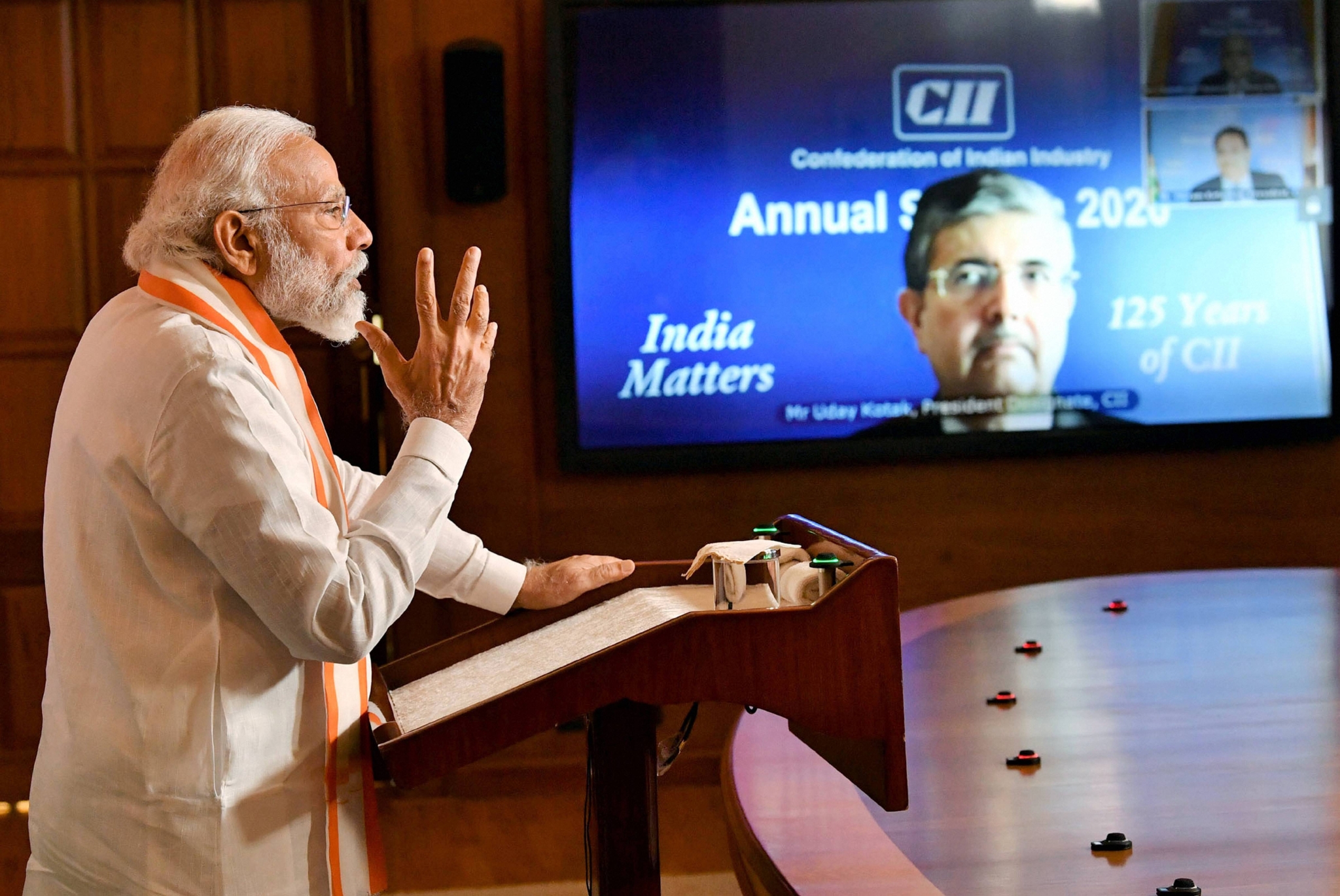 Prime Minister Narendra Modi interacted via video conference on August 6, 2021 with the Heads of the Indian Missions abroad and with stakeholders such as the Export Promotion Councils, Chambers of Commerce, Secretaries of various departments and State Government officials. The Prime Minister emphasized on the need to increase exports manifold in the country's effort to move towards the mission of Atmanirbhar Bharat.

The Prime Minister's emphasis on four points to increase exports such as increase in manufacturing, reduction in transport and logistics cost, Government walking shoulder to shoulder with the exporters and expansion of the international markets for domestic goods will go a long way in achieving the goals of Make in India and Atmanirbhar Bharat, according to the Chairman, TEXPROCIL.

Patodia also stated that "The Hon'ble Prime Minister's personal intervention will ensure that all the Indian Missions abroad will actively participate along with the Export Promotion Councils in ensuring that the target set for each importing country is achieved by promoting India's products with the overseas buyers." Many exporters - large, medium and small - located across the country have conveyed to TEXPROCIL that they are highly inspired by the Prime Minister's address, which is an initiative taken for the first time, and they will make all-out efforts to excel in exports, informed Patodia.

As pointed out by some of the Ambassadors of Indian Missions abroad, the acute shortage of containers and the need for greater focus on logistics development were emerging as major challenges. Patodia urged the Government to step in urgently to address the issue of container shortages faced by the exporters which is turning out to be very serious day by day, The Chairman also appealed to the Government to include textiles in the priority list while negotiating FTAs with UK, Canada, Australia and the EU.

Manoj Patodia expressed his thanks and gratitude to the Prime Minister for providing the much-needed vision, road map and guidance to the exporting community and the pathbreaking decision to extend the RoSCTL scheme to Made-ups and Garments for three years which will lead to significant growth in exports and contribute towards the Prime Minister's vision of increasing exports manifold.