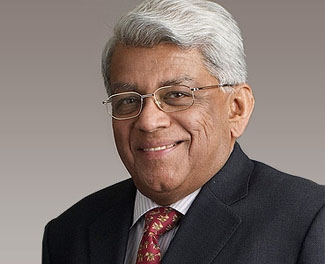 Mumbai: Pitching for disinvestment in public sector behemoths like LIC, Air India and BSNL, top industry leader Deepak Parekh has said it can unlock huge funds worth “lakhs of crores of rupees” and shares should be given to retail investors without depending on the overseas entities. However, one of the major requirements for such large- scale disinvestments is a government thinking on those lines, as lack of political will and union pressure have been halting such proposals for a long time including during the tenure of the previous UPA government, he said.

Giving examples from during the UPA regime, Parekh said he has been part of many important government panels, including those on BSNL and Indian Railways, but nothing moved on the suggestions made by those committees. “…if you run down a company to that level in the public sector that no private sector entity will want to take it, then what will you do?” he wondered. Parekh also hoped the first full Budget of the Narendra Modi government will focus on reforms without much populism and pitched for incentives for the companies to launch new  projects and give a boost to the ‘Make in India’ campaign.

He said the government’s finances are in a much better position to go ahead with reforms, following steps like reduction in subsidy and checking of wastages and leakages,  but it would have to remain within its means. While echoing Finance Minister Arun Jaitley’s assertion that reforms can happen through 365 days a year, rather than being only on the Budget day, Parekh said that the BJP’s defeat in Delhi elections was unlikely to result into any kind of populist measures at the cost of reforms.

He also flagged a continuing fear among bureaucrats of being hauled up as a major reason for inordinate delays in the decision-making process, saying things can change for better if they are assured of protection. Parekh, a leading industry voice who has been always vocal with his frank views on the issues faced by the companies and investors from India and abroad, said that the Prime Minister has been time and again assuring the bureaucrats that they should not worry and “act without fear or favour”.

“This is the right thing to do (assuring the bureaucrats), but seeing what has happened to some of their ex-colleagues, bureaucrats are still not hundred percent sure that if they take a call and it goes wrong, will they be investigated or will they be treated like they made money or it was vested interest and all that,” he said. Parekh, Chairman of financial services giant HDFC, made these remarks in an extensive interview to PTI, wherein he had also talked about steps that are required to improve ease of doing business in the country and to convert prevailing optimism into investments on the ground.

Parekh said a lot of decisions have been taken by the Modi government, “but it is the process… Fast-tracking these processes will ensure improvement on the ease of doing business front”. He rejected the perception that the Prime Minister was controlling everything and this was reason that was delaying the processes.