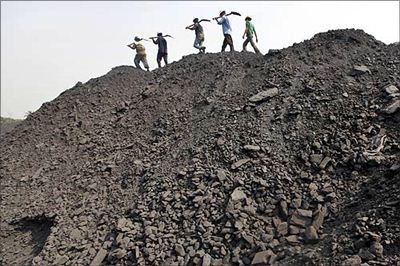 New Delhi: Expressing concerns over the large amount of dues that need to be recovered by all coal PSUs, including CIL’s Rs 11,032 crore, a Parliamentary Panel has asked the government as well as the state-owned firms in the sector to take steps for the recovery.

“The Committee are concerned to note that large amount of outstanding dues of all coal PSUs viz CIL, SCCL and NLC standing at Rs 11,032.20 crore, Rs 2,441.32 crore and Rs 272.04 crore (including disputed dues of Rs 129.09 crore) respectively as on 31.3.2015 remain unrealised from concerned ministries/parties,” Standing Committee on Coal and Steel said in its latest report.

According to the government, it said, a slew of steps are being taken for regular follow up to realise outstanding dues with concerned ministries.

The steps include review of party-wise outstandings by general manager/CMDS and Chairman, Coal India (CIL) with the Chairman of defaulting power houses which are then taken upto the level of Chief Secretary of concerned States, it said.

The Committee also noted that in Neyveli Lignite Corporation (NLC), to encourage early realisation, a special scheme called Graded Rebate Scheme has been put in place.

The Scheme provides for graded rebate from a maximum of 2 per cent for payment on date of billing to 0 per cent on the 60th day of billing has been put in place alongwith a one time waiver of 50 per cent of settlement incorporating a payment priority clause, it said.

The Committee said it hoped that these initiatives would result in tangible recoveries of these outstanding dues.

The Committee further emphasised that the government and “Coal PSUs should take elaborate steps for recovery of these outstanding dues lest these insurmountable dues adversely affect the financial positions of the Coal companies,” it said.