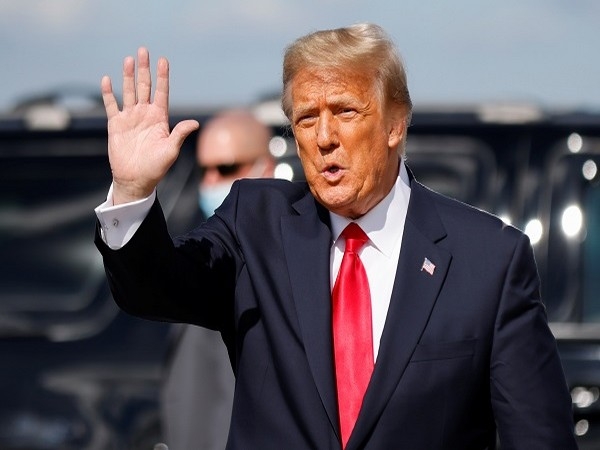 Facebook has suspended US former President Donald Trump from its platforms for two years, the maximum penalty under a newly revealed set of rules for suspending public figures, a move that was hailed by the independent Oversight Board which had upheld the earlier decision by the social network to ban Trump.

Faebook said on Friday that it will reevaluate the ban and make the decision whether to end or extend it.

According to Nick Clegg, vice president of global affairs at Facebook, the company will look to experts to assess whether the risk to public safety has receded at the end of the two-year suspension.

"We are suspending his (Trump) accounts for two years, effective from the date of the initial suspension on January 7 this year," Clegg said in a blog post.

When the suspension is eventually lifted, there will be a strict set of rapidly escalating sanctions that will be triggered if Trump commits further violations in future, up to and including permanent removal of his pages and accounts.

The Oversight Board said in a statement that it is encouraged that Facebook is adopting many of the Board's policy recommendations in this case.

"The Board is now assessing Facebook's response to our recommendations, including greater transparency around the ‘strikes' policy, how Facebook will apply the ‘newsworthiness allowance' to the accounts of politicians and other influential individuals, and the new enforcement protocols," it said.

Facebook has said it is committed to being more transparent about the decisions it makes and how they impact its users.

"As well as our updated enforcement protocols, we are also publishing our strike system, so that people know what actions our systems will take if they violate our policies," Clegg said.

The Board said it believes that the steps Facebook has committed to oday will contribute to greater clarity, consistency and transparency in the way the company moderates content, and promote public safety, defend human rights and respect freedom of expression.

The Oversight Board voted against reinstating Trump's Facebook and Instagram accounts in May while saying it was not appropriate for Facebook to impose an "indefinite" suspension.

It required Facebook to revisit the case, either restore Trump's accounts, make the ban permanent or define a suspension for a set period of time.

The board is a panel of about 20 former political leaders, human rights activists and journalists picked by Facebook to deliberate the company's content decisions.