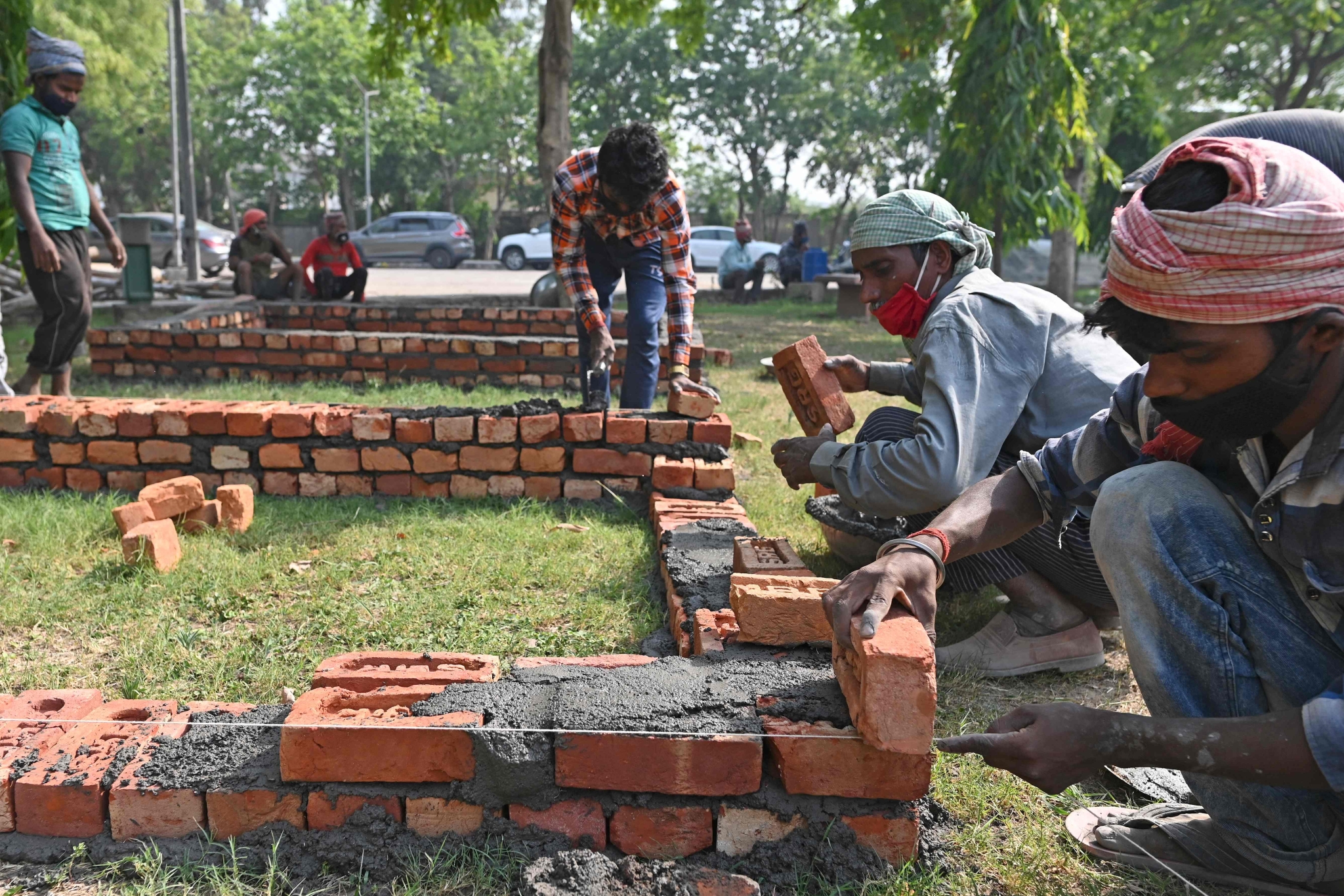 More than 2.5 crore unorganised workers have registered on the e-Shram portal, the labour ministry said.

In a statement, the labour ministry stated, "More than 2.5 crore registrations have been done so far on the portal." The portal is the first-ever national database of unorganised workers including migrant workers, construction workers, gig and platform workers.

Labour and Employment Minister Bhupender Yadav also informed that the fourth week was marked by a galloping registration of unorganized workers, crossing over 1.71 crore, this (5th) week more than 2.51 crore workers in total are registered on this portal as on date.

An estimated 38 crore workers are engaged in the unorganized sector and employment (Economic Survey, 2019-20).

Earlier in the day, the union minister flagged off the field work of the Area Frame Establishment Survey (AFES) at Shram Bureau Bhawan, Chandigarh on the occasion of 101st Foundation Day of Labour Bureau.

Yadav said that following the motto of "Mehnat Ko Samman, Adhikar Ek Saman", the Government is focused on the welfare of workers through evidence-based policy making.

During the event, he mentioned that data on all aspects of labour is crucial and scientifically collected data is bedrock for any evidence-based policy making.

With the increasing importance of data in the time to come coupled with the fact that India is a labour abundant nation, a dedicated organization for labour and price statistics like the Labour Bureau merits strengthening and full support, said the minister.

The minister also held discussions with the State Labour Ministers, Labour Secretaries & Commissioners of States of Punjab, Haryana, Himachal Pradesh & UTs of Chandigarh, Jammu & Kashmir and Ladakh regarding progress with respect to registration of unorganized workers under e-Shram portal and preparedness of States/UTs on implementation of various schemes and reforms.

The minister also distributed e-Shram cards to unorganised workers and presented approval letters under ESIC Covid Relief Scheme to the dependents of the people who lost their lives due to the pandemic.