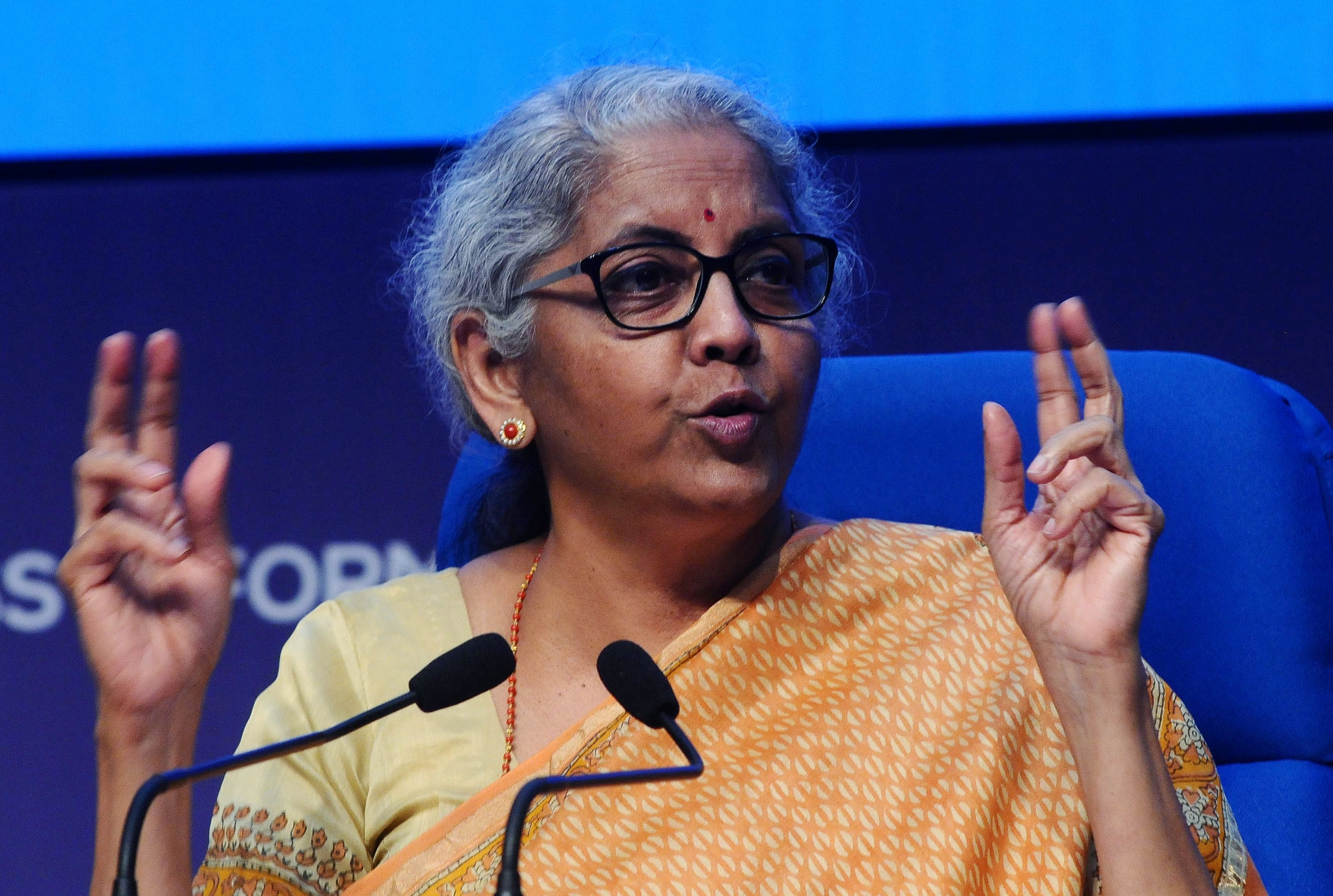 The disposal of all types of uncleared or unclaimed or seized hazardous cargo consignments, including chemicals, electronic waste, etc, is an exercise undertaken across Customs locations./ FM Nirmala Sitharaman |

As part of the government's continuing commitment to public safety, Union Finance and Corporate Affairs Minister Nirmala Sitharaman has reviewed the progress made by the Customs in the safe disposal of imports, that are hazardous in nature and which remain uncleared or have been seized or confiscated.

The disposal of all types of uncleared or unclaimed or seized hazardous cargo consignments, including chemicals, electronic waste, etc, is an exercise undertaken across Customs locations. The Customs field formations are to confirm safe storage by custodians, and they coordinate with regulatory authorities for faster disposal.

Hazardous consignments are often goods whose import is restricted in terms of extant policy such that they may require license for import. Such goods may also be in the nature of banned materials not allowed to be imported, which are attempted to be smuggled into the country. Such seized hazardous goods need to go through a quasi-judicial process which also has appeal provisions, which tends to make the disposal process take more time.

In October 2020, the government has eased process for disposal of seized hazardous goods, by making enablement in section 110 (1A) of Customs Act 1962 by which such goods can be disposed even before adjudication.

By March 2021, all the ports were freed of remaining metallic scrap material segments regarded as remnants of shells/war materials by way of a Special Operation named "Visphotak Mukt Bandargah" undertaken in close co-ordination with other Ministries.

Additionally, the regular disposal, by Customs field formations, is also being monitored closely by the Central Board of Indirect Taxes and Customs (CBIC).

As a result, over 1700 consignments of uncleared or seized hazardous goods have been safely disposed from Customs areas between January 2021 and October 2021.

The Finance Minister has directed that the process continues to be monitored and expedited, so that hazardous goods are disposed safely. Further, those Customs field formations also engage with relevant Departments, including of the state governments, and ensure that all pending hazardous material is disposed of within a period of 90 days.