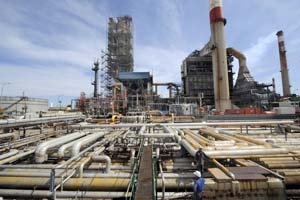 New Delhi : State-owned Oil and Natural Gas Corp (ONGC) plans to invest over USD 8.8 billion in bringing to production its much-touted KG-basin oil and gas discoveries by 2018-19. ONGC has divided 12 oil and gas finds in the block KG-DWN-98/2 or KG-D5 and gas discovery in an adjacent G-4 block the Bay of Bengal into three clusters to quickly bring them to production, a senior company official said.

“The investment will be for drilling 45 development wells, an array of sub-sea pipelines carrying gas to a fixed platform for processing and a pipeline to carry gas form it to an onshore terminal.

Oil will be transported to a floating production system (FPSO) that will transfer it to ships for taking to refineries,” he said. ONGC plans to develop the discoveries in the block in three clusters — 14.5 million standard cubic meters per day of gas for 15 years from Cluster-1 comprising of D&E finds of NDA in KG-D5 block and G-4 find in the a neighbouring area.

Gas produced from Cluster-1 is proposed to be taken to a Fixed Platform in shallow water depths through an 18-inch, 16.1 km pipeline and treated and subsequently evacuated to Odalarevu onshore terminal in Andhra Pradesh through 20-inch, 35.5 km pipeline for sales.