No tax on $6.38 bn transaction with Adani Group, says Holcim

Holcim had on Sunday signed a binding agreement with the Adani Group to sell its business in India -- about a 63 percent stake in Ambuja Cement, which owns a 54.53 stake in ACC (of which 4.48 percent is direct shareholding). ''So, according to our analysis, it is a tax-free transaction,'' Holcim CEO Jan Jenisch said while addressing investors after the deal on Monday.

When asked about the tax implications, he said: ''Never know if any complication arises, but we assume that we will get the 6.4 billion Swiss Francs as net proceeds''.

As per the deal, Adani Group will acquire Holcim's full stake in Ambuja Cement and ACC for CHF (Swiss franc) 6.4 billion ($6.38 billion).

A day after, Adani also made an open offer to acquire a 26 per cent stake each in the two listed companies - Ambuja Cements and ACC Ltd -from public shareholders.

''The ultimate beneficial ownership of Acropolis Trade and Investment Ltd is held by certain members of the Adani family,'' as per the open offer. Holcim expects the deal to close in the second half of this year.

The Swiss building major is also confident of getting the regulatory approval from the Competition Commission of India for the entire deal, which is estimated to be around $10.5 billion.

''We have quite a simple contract. So, basically, the only condition precedent is the approval of the Competition Commission of India, this has nothing to do with any potential litigation as a standard process... as Adani doesn't have building materials in his portfolio today, it is expected that this will be a very fast approval,'' Jenisch said.

This is a simple contract, where Holcim is basically selling the company's shares in the two businesses, he asserted.

''So, very straightforward. And no further conditions, no further due diligence, or anything involved in the transaction. So, cross fingers, this should go quite smooth over the next two to three months,'' he added.

Besides, Holcim also said that the new owner would be liable for the fines imposed by the CCI on Ambuja Cements and ACC after the sales.

When asked if any investigations pending in India would lead to a fine either on Ambuja or ACC, who would have to pay, Jenisch said: ''It will be with the new owner. We have sold the company... there would be no indemnification from our side''.

The fair trade regulator had slapped a fine of Rs 1,148 crore on ACC and Rs 1,164 crore on Ambuja Cements. Both companies have challenged the fine before the appellate authority, which had in July 2018 dismissed their plea.

This is presently pending before the Supreme Court.

Adani Group on Monday through Endeavour Trade and Investment has made an open offer at Rs 385 per share for Ambuja Cements Ltd and Rs 2,300 per share for ACC Ltd.

For Ambuja Cements, Adani Group has made an open offer to its public shareholders to acquire up to 51.63 crore equity shares, representing 26 per cent of the expanded share capital, aggregating to a total consideration of Rs 19,879.57 crore.

For ACC Ltd, Adani Group has offered to acquire up to 4.89 crore shares held by public shareholders, representing 26 per cent of the expanded share capital, aggregating to a total consideration of Rs 11,259.97 crore. 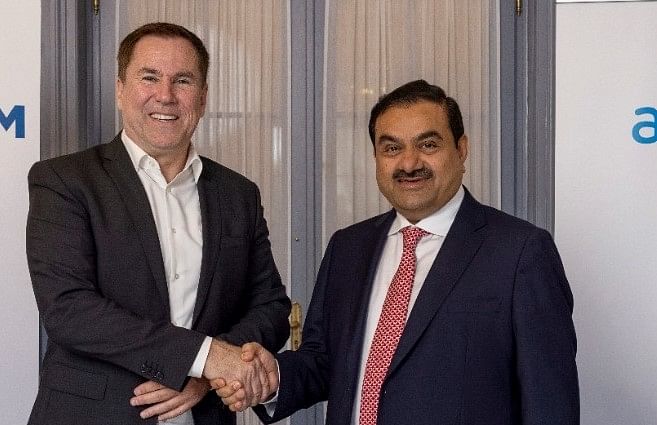 The world's largest cement maker Holcim last month announced its exit from the country after struggling here for a long.

Ambuja Cements and ACC currently have a combined installed production capacity of 70 million tonnes per annum. The two companies together have 23 cement plants, 14 grinding stations, 80 ready-mix concrete plants and over 50,000 channel partners across India.