HomeBusinessNo let-up in rupee depreciation; touches another lifetime low of 81.50 against US dollar

This morning, it crossed 81.50 against the US dollar. On Friday, it closed at 81.25. Notably, last Thursday's depreciation was the biggest single-day fall for the rupee since February 24.

Rupee falls 11 paise to 79.82 against US dollar in early trade |
Follow us on

New Delhi: Continuing with the depreciation, rupee slipped further from the past week's low and hit another lifetime low on Monday morning. This consistent depreciation follows the ongoing strengthening of the US dollar index for a two-decade, on hopes that demand for safe-haven currency such as the dollar would pick up.

This morning, it crossed 81.50 against the US dollar. On Friday, it closed at 81.25. Notably, last Thursday's depreciation was the biggest single-day fall for the rupee since February 24.

The latest monetary policy tightening by the US Federal Reserve also lent support to the dollar, thereby weakening other major currencies globally, including India's rupee.

Read Also
Sensex crashes by 1000 points, as Rupee hits another all time low to end the week 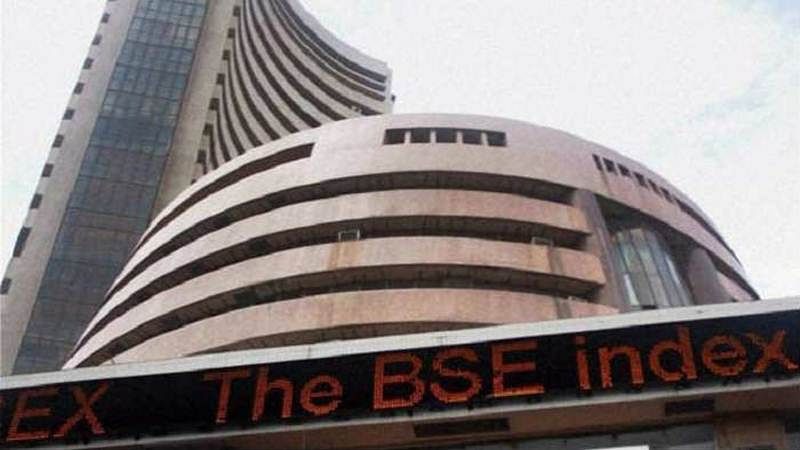 "The panic is created by the dollar index which witnesses strong buying as a strong hedge against interest rate hikes and inflation cycle. The rupee downtrend will continue as long as positive triggers are not witnessed from the inflation forefront. The next trigger for the rupee next week is the RBI policy which shall provide some respite to the rupee fall. Rupee range can be seen between 80.50-81.55 before RBI policy," said Jateen Trivedi, VP Research Analyst at LKP Securities.

For the record, the US Federal Reserve had raised the repo rate by 75 basis points -- which is the third consecutive hike of the same magnitude, in line with expectations, which essentially means that investors will move towards the US markets for better and stable returns amid the monetary policy tightening. The Fed also hinted that more rate hikes were coming and that these rates would stay elevated until 2024.

The US central bank seeks to achieve maximum employment and inflation at the rate of 2 per cent over the long run and it anticipates that the ongoing hikes in the target range will be appropriate. Raising interest rates is a monetary policy instrument that typically helps suppress demand in the economy, thereby helping the inflation rate decline.

Consumer inflation in the US though declined marginally in August to 8.3 per cent from 8.5 per cent in July but is way above the 2 per cent goal.

Meanwhile, India's forex reserves are at a two-year low. The reserves have dropped by almost USD 80 billion since the escalation of the Russia-Ukraine tensions into war earlier this year India's forex reserves have been consistently depleting for the past few months because of RBI's likely intervention in the market to defend the depreciating rupee and for the country's trade settlement. This depletion is yet another possible reason the rupee has been weakening.