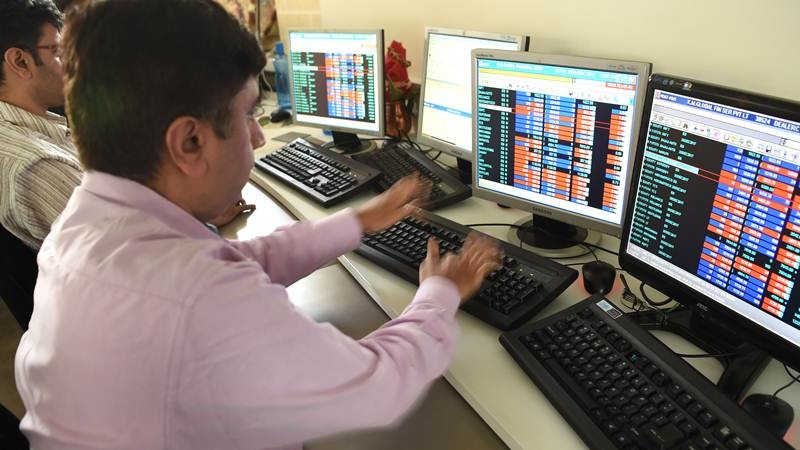 Investors remained cautious ahead of last F&O expiry of the year. While, pharma stocks outperformed all sectoral indices as the Nifty Pharma Index gained 2.38 per cent.

Overseas, European stocks were trading higher, though amid a light trade across markets.

Most Asian markets gained with oil and copper prices rocketing to multi-year highs in a positive sign for global growth and inflation.

US stocks closed lower yesterday, as shares of Apple tumbled, offsetting gains in energy stocks as oil prices hit their highest in more than two years.

It saw an intra-day movement of about 83.15 points.

The market breadth, indicating its overall health, was in favour of lossers. On the NSE, 1,080 stocks declined, 710 advanced and 56 remained unchanged.

Total securities that hit their price bands were 204.