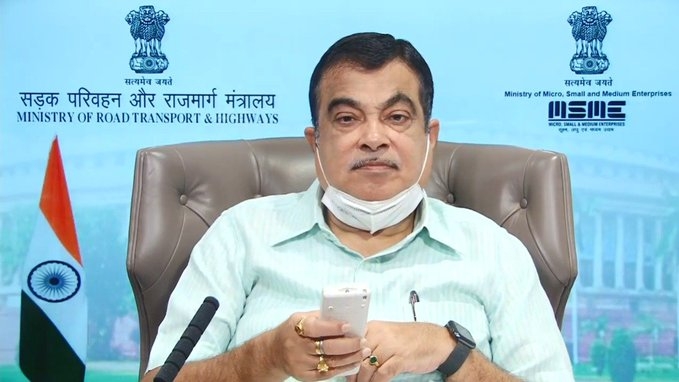 Infrastructure Investment Trusts (InvITs) are instruments on the pattern of mutual funds, designed to pool money from investors and invest the amount in assets that will provide cash flows over a period of time.

''Under the National Monetisation Pipeline (NMP), which is based on 'Creation through Monetisation', the NHAI has launched its InvIT to monetise NH projects and has demonstrated a strong ability to attract a wide variety of sophisticated global investors.

''NHAI InvIT attracted two international pension funds, Canadian Pension Plan Investment Board and Ontario Teachers' Pension Plan Board, which along with diversified DIIs invested units worth more than Rs 5,000 cr in InvIT portfolio which has currently 5 National Highway,'' Gadkari in a series of tweets said.

The road transport and highways minister further said that subsequently, more national highways will be added to the InvIT portfolio, as the long-term revenue-generating assets such as toll roads provide stable and long-term yields under the InvIT structure.

NHAI in April had filed draft papers with markets regulator Sebi for floating an Infrastructure Investment Trust (InVIT) through which it had sought to raise Rs 5,100 crore.

In a statement, the Ministry of Road Transport and Highways (MoRTH) said NHAI InvIT attracted two international pension funds -- Canada Pension Plan Investment Board and Ontario Teachers' Pension Plan Board -- as anchor investors and they will hold 25 per cent of the units each.

According to the ministry, the InvIT will initially have a portfolio of five operating toll roads with an aggregate length of 390 kilometres, with more roads planned to be added later. ''These roads are located across the states of Gujarat, Karnataka, Rajasthan and Telangana. NHAI has granted new concessions of 30-years for these roads,'' it said.

While the total enterprise value of the initial portfolio of 5 roads was pegged at Rs 8,011.52 crore, the ministry said NHAI InvIT is funding that through debt of Rs 2,000 crore from State Bank of India, Axis Bank and Bank of Maharashtra. ''The balance is being funded by issuing units of Rs 6011.52 crore to international and domestic institutional investors, and NHAI as a sponsor,'' it said.

The ministry explained that because of the long-term nature of the assets, the units of InvIT were placed with international and domestic institutional investors.

''The units have been issued under the private placement route under SEBI InvIT Regulations, 2014 at the upper valuation band of Rs 101 per unit,'' the ministry said, adding that the units will be listed on NSE and BSE. “We are pleased that NHAI InvIT has been able to garner funds from marquee international and domestic institutional investors to support the government's National Monetisation Pipeline.

''We welcome the two anchor investors - Canadian Pension Plan Investment Board and Ontario Teachers' Pension Plan Board, and other reputed domestic investors, into NHAI InvIT,'' MoRTH secretary and NHAI chairman Giridhar Aramane said. The success of this InvIT will go a long way in achieving the Prime Minister's vision of developing world-class infrastructure in the country, he added.

InvIT as an instrument provides greater flexibility to investors and is expected to attract patient capital (for say 20-30 years) to the Indian highway market, as these investors are averse to construction risk and are interested in investment in assets that provide long-term stable returns.

NHAI has the largest share under the National Monetisation Pipeline as road assets worth Rs 1.60 lakh crore will be monetised over four years till FY25 under the NMP plan announced by Finance Minister Nirmala Sitharaman in August this year.