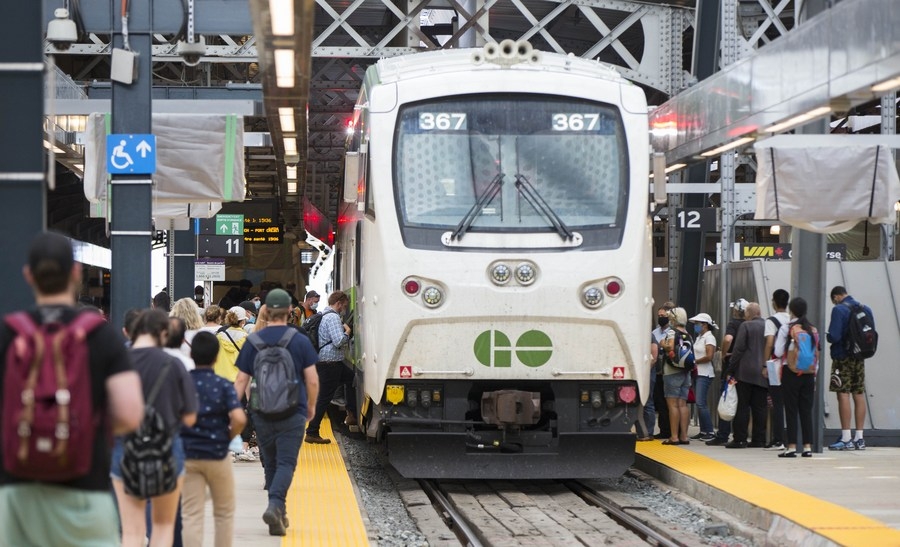 Senior UN officials, Nobel laureates and eminent academic experts gathered virtually on Wednesday for the launching of a new UN report and reached a consensus that new approaches must be taken while the world is grappling with the worst recession in decades due to the COVID-19 pandemic.

Titled Recover Better: Economic and Social Challenges and Opportunities, the report analyzed economic trends critical to the achievement of the Sustainable Development Goals (SDGs) and recovery from COVID-19. 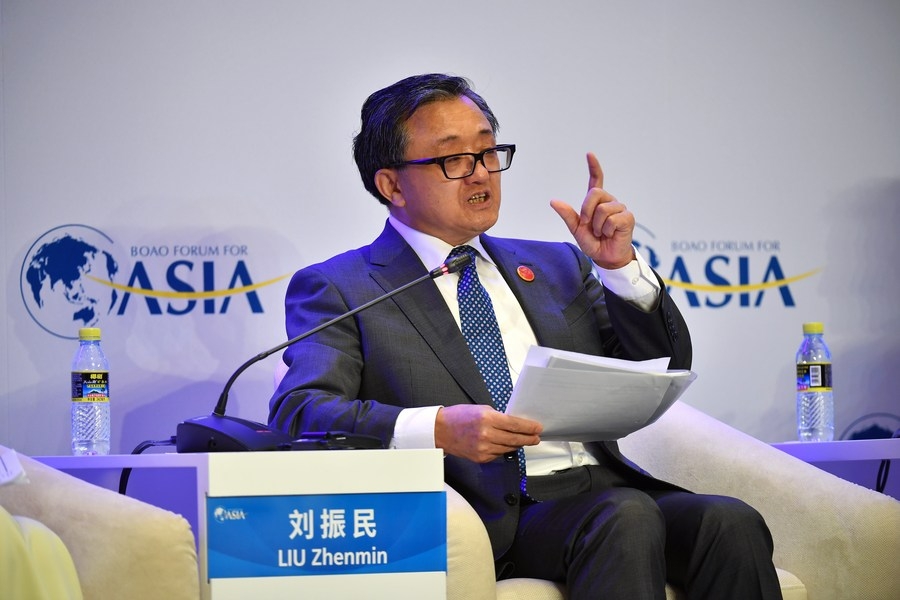 Among the recommendations that the report proposes is a greater focus on the environment, he said, as well as promotion of research and development, investment in infrastructure and education, and improvement in economic equality.

"Overcoming the crisis and getting back on track to achieve the Sustainable Development Goals will require a strengthened multilateralism," he said, adding that COVID-19 has laid bare how much leadership, foresight and collaboration among all governments and stakeholders, matter.

In a video message, UN deputy chief Amina Mohammed said as many as 100 million people are expected to be pushed back into extreme poverty in 2020, the first rise in global poverty since 1998.

"We need all hands-on deck if we are to rebuild our economies sustainably and inclusively," she said.

Noting that the report calls for better international tax cooperation and more equitable access to digital technologies, she said the sustainable management of natural resources, and value-added approaches to trading goods, will also be critical.

The 2030 Agenda remains the agreed framework for recovering in ways that accelerate progress on climate change, poverty and gender inequality, and address the fragilities exposed or exacerbated by the pandemic. "We must all do more," she added. 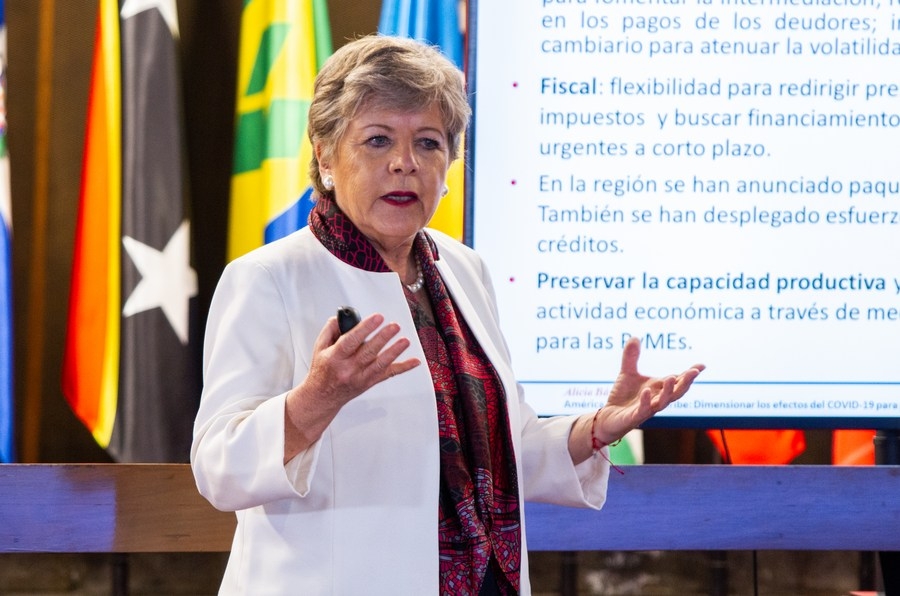 During two policy dialogues held at the launching event, 12 experts wrestled with whether the world is currently in a recession and if so, what it will take to recover in ways that can thoroughly reform underlying vulnerabilities.

"There is no trade-off between economic efficiency and equality," said Alicia Barcena, Executive Secretary of the Economic Commission for Latin America and the Caribbean (ECLAC), who contributed a chapter on the topic.

During a panel on the theme, "Ensuring a sustainable recovery through more inclusive and strengthened multilateralism," Barcena underscored the urgent need for structural change.

Between 2000 and 2010, 60 million people in Latin America and the Caribbean moved out of poverty. Now, 45 million risk being pulled back in.

"The market is not going to equalize society. We need a new social and political compact altogether," she said, pointing out that Costa Rica, Uruguay and Cuba - societies that have high trust in government - have fared better during the pandemic than others.

She also called for a progressive tax system, as countries in the region have a 23 percent tax burden, lower than those in the Organization for Economic Cooperation and Development (OECD), as well as more regional integration. "The post-pandemic world is going to be a world of regions, a world of blocs."

Ricardo Lagos, former President of Chile, suggested the creation of an internationally binding agreement on pandemics, forged under the auspices of the World Health Organization (WHO).

"There is an institutional framework being put into place that could ultimately lead to fiscal union help strengthen capital market union," he said. 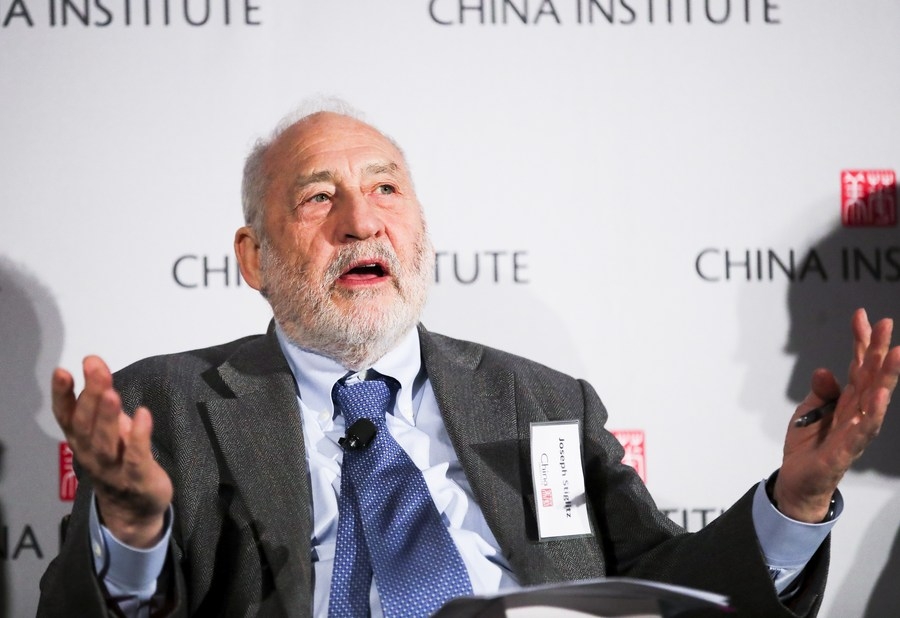 Others drew attention to the significant drop in global trade, which Merit Janow, Dean of Columbia University's School of International and Public Affairs, said was occurring in the context of growing nationalism, geopolitical tensions and strain around multilateral institutions - all of which underscores the vulnerability of global supply chains.

The first priority should be to keep the global trading system open, she said. Practical, problem-solving approaches will be needed, which countries might undertake regionally or through "coalitions of the willing."

He said the deeper problem is that supply chains have not been resilient and instead made countries more vulnerable.

Stiglitz said the global economic downturn will be the worst since the Great Depression of the 1930s - and in many dimensions, worse than that seismic failure of the global system. "We should use the massive amount of government intervention in countries ... to create a new world that is more in accordance with our views of what our societies should be."

Countries that have done well, he said, have high trust in government, high social solidarity, an understanding of the externalities associated with disease spread, and trust in science, he added.