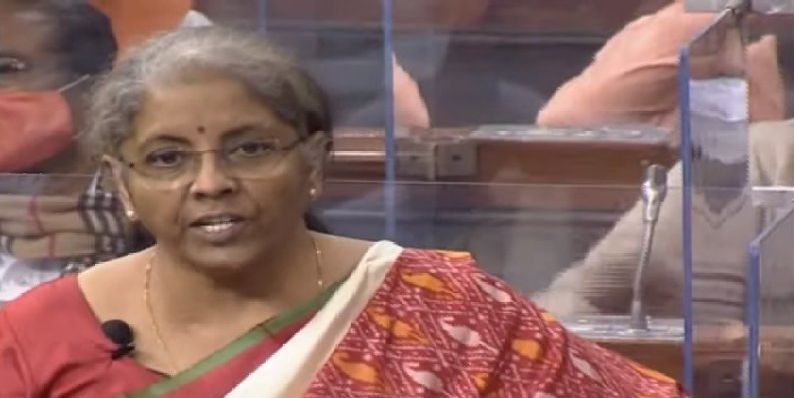 In a written reply to the Lok Sabha, Sitharaman said the government has taken many steps to boost both direct and indirect tax revenue collection/Representative image | Loksabha TV

In a written reply to the Lok Sabha, Sitharaman said the government has taken many steps to boost both direct and indirect tax revenue collection, through curbing tax evasion, widening/deepening tax base, promoting voluntary compliance, reducing litigation and promoting digital transactions.

In reply to a separate question, Minister of State for Finance Pankaj Chaudhary said the total cess and surcharge collection under indirect taxes (GST+non-GST) increased 53 per cent to over Rs 4.39 lakh crore in 2020-21 as compared to the previous year.

"States'' share of central taxes and duties are determined after deducting cesses and surcharges apart from cost of collection of the respective tax," Chaudhary said.

He further said cesses form part of Consolidated Fund of India and are used for the purpose for which they are levied, which in many cases involves grant to sates.

Giving example, Chaudhary said the entire GST compensation cess is levied for the purpose of giving compensation to states for loss of revenue due to introduction of GST.

Similarly, 100 per cent of Prarambhik Shiksha Kosh and a substantial portion of the Central Road and Infrastructure Fund, Pradhan Mantri Swasthya Suraksha Nidhi and Madhyamik and Uchchtar Shiksha Kosh is given to states as grants for respective purposes, he added.