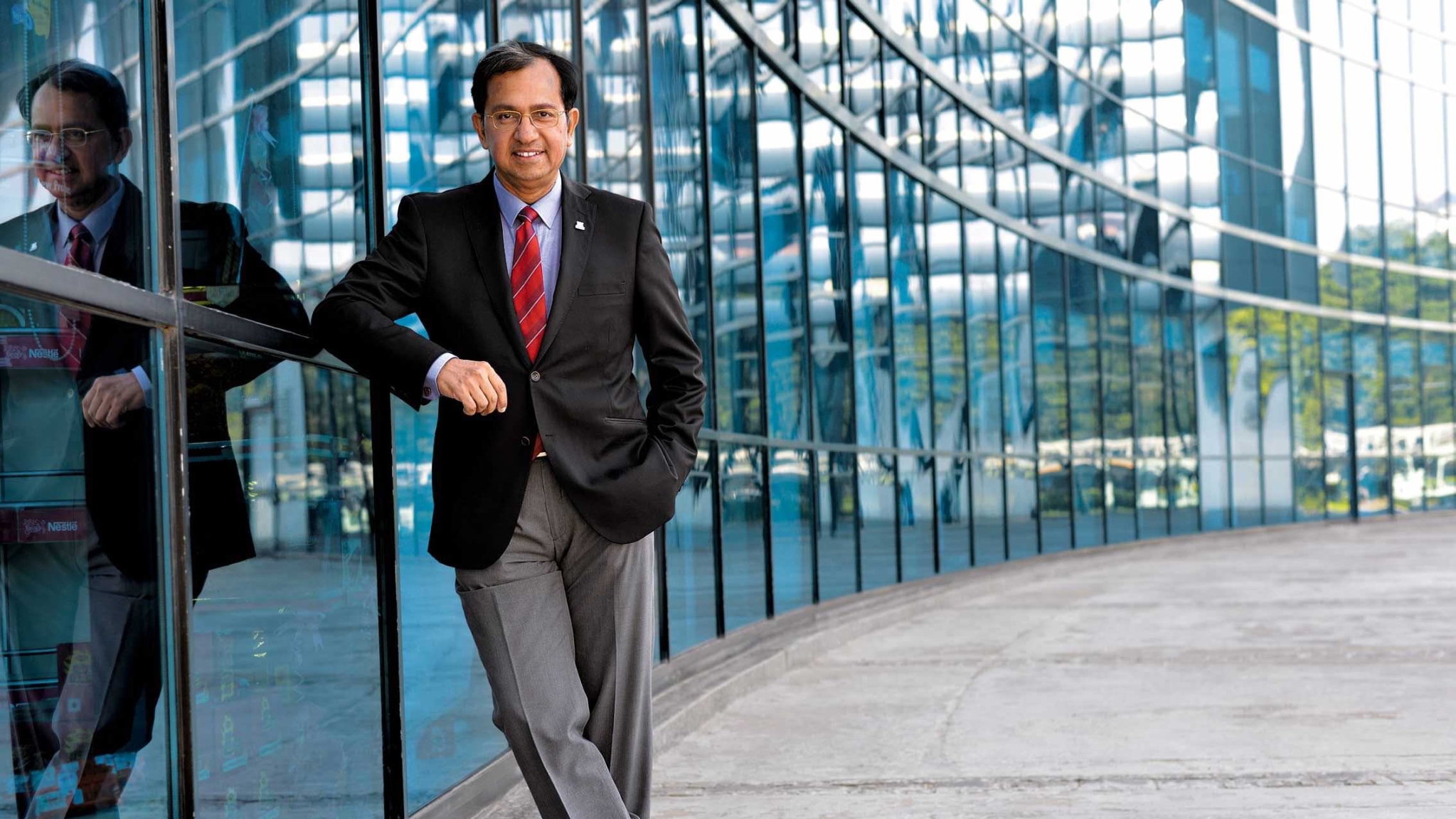 Nestle India chief Suresh Narayanan on Monday said that 2022 will likely be a "difficult year" as commodity prices are expected to rise and result in the spectre of food inflation for the manufacturers.

The leading FMCG player, well known for household brand names like Maggi and Milkybar, is anticipating an escalation in the prices of raw material inputs, including milk, coffee, cocoa and oil prices.

In the last six to eight months, Narayanan said Nestle has seen an average price hike of 1-3 per cent.

According to him, the first half of 2021 was relatively more secured and subdued in terms of commodity pricing as except packing materials and crude oil, by and large, prices of milk and wheat have been broadly stable.

"Going forward, 2022 clearly looks to be promising to be a difficult year. There is clearly an uptick as far as milk prices are concerned," Narayanan told reporters during a virtual media roundtable.

Apart from disruptions caused by the coronavirus pandemic and non-replacement of milch herd on-time across the country has also resulted in a depleted supply base.

Similarly, globally coffee prices are also going up "quite significantly" as there have been adverse impacts in Vietnam, which is the largest grower of coffee, due to the pandemic and disruptions there, Narayanan said.

"So, there is going to be the spectre of food inflation that will be staring at us," he said, adding that there will put pressure on raw material supplies going forward as large economies are opening up quite strongly.

Globally, there is around 5 per cent of uptick in commodity prices, he added.

"I think, the forward pressures are likely to be more acute than what we have been through at the moment," he said.

Though Nestle India is largely a locally-sourced economy in terms of raw materials, Narayanan said there will "definitely" be an impact and this is an area that the company is watching out for.

"There would be no immediate kind of reactions that we have, except for, of course, ensuring that our pencils are sharpened as far as coverage of commodities are concerned, locking in positions are concerned to ensure the best, the best prices are brought to the table with sustainable sourcing practices," he said.

With commodities likely to become more expensive, Nestle India expects to mitigate some of the effects by using its scale as a large player in the industry.

"The only silver lining that I see in the context of India is that the rabi crop will be decent because the monsoons have been fairly robust across the country... as far as the agricultural sector is concerned, there might be some mitigation that we have as far as this inflation is concerned".

About demand, Narayanan said there are three big trends seen in the market -- the middle class and the urban consumers are sticking to trusted brands, products which offer some benefit in terms of nutrition and immunity, and there is also pressure on the overall household budgets.

"There is an unleashing of exuberance that is happening. The last festive season was kind of rooted for many of the other players. Going forward, there is a strong expectation that this Diwali will be definitely much better than the last Diwali," he said.

Nestle India is also expanding its rural coverage and targets to cover 1.2 lakh villages, which has a population of 5,000. Presently, it covers around 90,000 villages and around 25 per cent of its total sales come from rural markets.

There will be a fairly reasonably strong comeback of consumption in mega metros and metros. Even if there is a complete normalcy in the urban market, "rural markets are not going to meltdown in a hurry, there could be some growth", he said.

Nestle India witnessed strong growth in the e-commerce segment during the pandemic and the segment contributed nearly 6 per cent of the company's total sales.

Narayanan noted sales through other channels are also expected to stabilise but e-commerce would still remain relevant to a lot of consumers who now got into the habit of buying online.

Nestle India, which plans to invest around Rs 2,600 crore in India in the next 3-4 years, has also applied for the government's production-linked incentive scheme for the food processing sector.