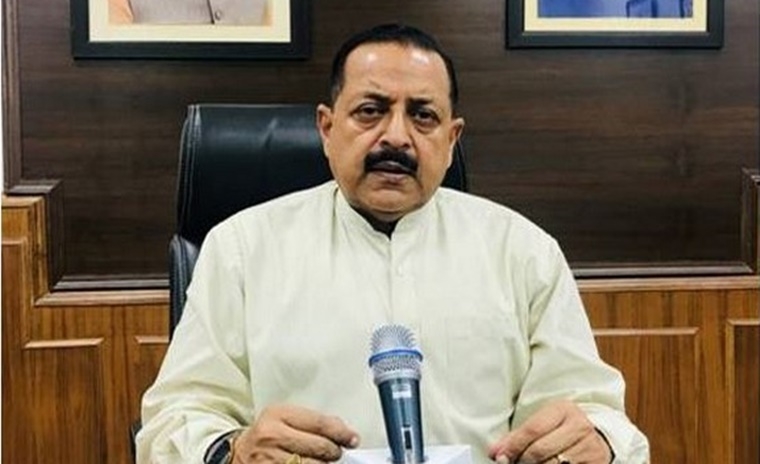 Jitendra Singh, Union Minister of State (Independent Charge) of Science Technology, on Monday said that the North East will be a new engine for post-COVID economic development in the country as the region has rich bio-resources.

Speaking at the inaugural function of a national seminar on "Developing Bioeconomy from Bioresources of North Eastern Region of India" organised by the Institute of Bioresources and Sustainable Development (IBSD), Takyelpat at the auditorium of Manipur State Film Development Society, Dr Jitendra pointed out that due to COVID-19 pandemic, economic activities across the world has been badly affected.

Singh stated that to ensure a viable economy and to be on track, contributions in diverse fields of economy are necessary. The Union Minister said that it is in this direction that the North East which has rich bio-resources has a pivotal role to play in the revival of the country's economy.

While pointing out the fact that the contribution of biotechnology is very much important in a state like Manipur where there are rich bio-resources, the minister said, bioresources should be the fuel for a new engine for economic development. "Integrated farming activities should also be encouraged to ensure economic growth and to achieve the target of "Doubling Farmers Income by 2022". IBSD has a key role in research and reaching out technologies to the farmers as well," he added.

Singh further conveyed that peace and development have a reciprocal relation and both targets have been achieved progressively over the years. He further said that under the leadership of Prime Minister Narendra Modi, special attention has been given to the North East and many developmental projects have been taking up in the region.

He also launched a collaborative programme on "Capacity Building & Training for Young Researchers of North East Region on Bioresources Management & Advanced Biotechnology". He also handed over quality planting material of sweet mandarin (Citrus strawberry Mabhog) to the farmers of Manipur.

Union Minister of State External Affairs and Education, Rajkumar Ranjann Singh while speaking at the function said, as Manipur falls under Indo-Burma Biodiversity Hotspots there has been a potential for economic development through bio-resources. IBSD Director, Professor Kumar Mukherjee, Scientists, delegates and farmers attended the inaugural function.