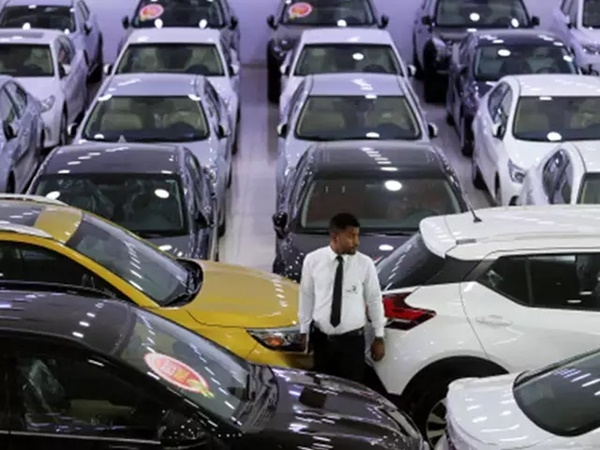 High tax structures, additional costs in order to meet new emission norms and safety norms have led to increase in cost of automobiles. |

Auto industry leaders, RC Bhargava of Maruti Suzuki India and Venu Srinivasan of TVS Motor, on Wednesday hit out at government officials for only paying lip service to the sector and not taking any "concrete action" to reverse the decline in growth over the past few years.

Speaking at industry body SIAM's 61st Annual Convention, the veteran industry leaders wondered if contribution of the auto industry towards India's growth is being recognised and lamented that cars seem to be still considered as luxury, that only the rich could afford.

"We have been going through a situation where this industry has been declining over a long period of time," Bhargava, who is the Chairman of the country's largest carmaker Maruti Suzuki India, said.

Earlier in the day, highlighting the achievements of the auto industry Niti Aayog CEO Amitabh Kant said, "It will be impossible for India to grow at high rates for a long period of time without the automobile sector being the key driver of India's growth."

"There have been a lot of statements made about the importance of the automobile industry but in terms of concrete actions, which would reverse the decline, I haven't seen any action on the ground," Bhargava said.

Bhargava further asserted, "I'm afraid words don't get us very much in the terms of extra sales but you need concrete action to make this happen."

High tax structures, additional costs in order to meet new emission norms and safety norms have led to increase in cost of automobiles, thereby making them unaffordable for consumers, he said.

"I don't think the car industry would revive either with ICEs (internal combustion engines) or with the CNG, biofuels and such things or EVs unless we address the question of affordability of cars for the customer," Bhargava asserted.

Expressing similar views, TVS Motor Company Chairman and Managing Director Venu Srinivasan said a two-wheeler which is "the basic mode of transportation for the country" is being taxed at 28 per cent GST, the highest and at a level equal to that of a luxury product.

He said the Indian automobile industry, which provides direct and indirect employment to 30 million people, has moved from importing and assembling to designing and making in India with both homegrown firms and MNCs making large investments in design infrastructure.

However, he wondered, "At the same time, I would like to say, are we being recognised? Is the automotive industry being recognised for what it has contributed to employment, to revenues and to earning of foreign exchange?"

Kant had also said the transition of automobiles towards electric mobility is inevitable and it is for the auto industry to make the change and drive it to make India a global leader in EVs.

Responding to the views of the industry leaders, Revenue Secretary Tarun Bajaj asked automakers to do a deeper analysis on why car sales are not going up even though income levels of people are rising, and exhorted the industry to keep pace with changing technology.

Stating that the Indian auto industry has grown not because of policy decisions but because of people's aspirations, Bhargava said even at present there has not been a change in the mindset of policy planners.

"When Maruti came into existence, I don't think anybody ever expected that Maruti would grow the way it has grown. The car industry in India would grow to the extent where we have become -- number four in the world or that there would be a global presence of most car manufacturers in the Indian scene, but that has happened," he said.

It is largely because the people in this country have a great aspiration to own a car and not because there was any deliberate policy which led this to happen, Bhargava asserted.

"Which again, I think supports my view that the change in the mindset of planners about the importance of the car industry and generally of the automobile industry, remains confined to words and doesn't get translated into action," the veteran auto industry leader said.

Bhargava said he totally supported the view put forth by Kant about the importance of moving to electrification.

"I totally agree that we have to move to electrification, there's no question. But along with a decision to move for electrification, again, the whole question of affordability of the EVs and I'm talking about four-wheelers at the moment...," he stated.

Bhargava said if the auto industry is to drive the economy and the manufacturing sector, the penetration of cars in India has to move from 25 or 30 per 1,000 to even 200 per 1,000 which requires millions of cars to be made every year.

"Are we sure that we have enough customers in India who have the means to buy these millions of cars every year? Is income going up that fast? Are jobs growing up that fast? I think those aspects are often ignored when we make our plans of what we are going to do and what's going to happen," he noted.

"We have always forgotten customers in the centralised planning system because the customer didn't matter... And we still don't think of the customers when we plan. Will the customers be able to afford this product or not?," Bhargava said.