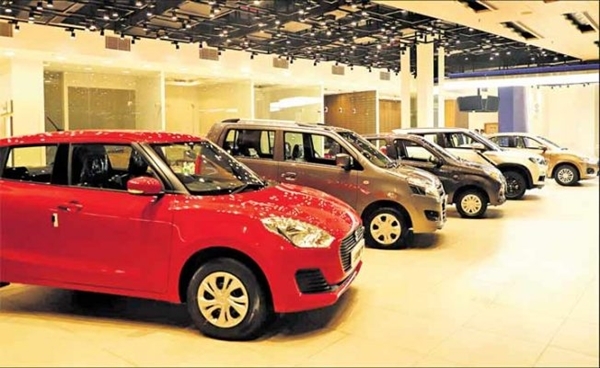 New Delhi: The country's largest carmaker Maruti Suzuki India and Mahindra & Mahindra on Wednesday reported rise in their domestic sales in December, even as Hyundai and Totoya posted negative growth.

Beating the year-end blues Maruti Suzuki India (MSI) said its domestic sales were at 1,24,375 units in December as against 1,21,479 units in the same month a year ago, registering a growth of 2.4%.

Mahindra & Mahindra also posted domestic sales of 37,081 units in December as compared to 36,690 units in the same month previous year, up 1%.

"Our performance in the month of December is as per year end sales outlook and currently we are also comfortable with our overall stock levels," M&M Chief of Sales and Marketing, Automotive Division Veejay Ram Nakra said.

He further said, "as we get into the new year, we are fully equipped to roll out our BS-VI products and have taken all requisite measures for a smooth transition over the next three months."

Commenting on the sales performance, HMIL Director Sales, Marketing and Service Tarung Garg said, "the year 2019 has been a challenging year for the Indian automotive industry. Even in such adverse conditions, Hyundai Motor India as committed has launched 4 new benchmark products in different segments."