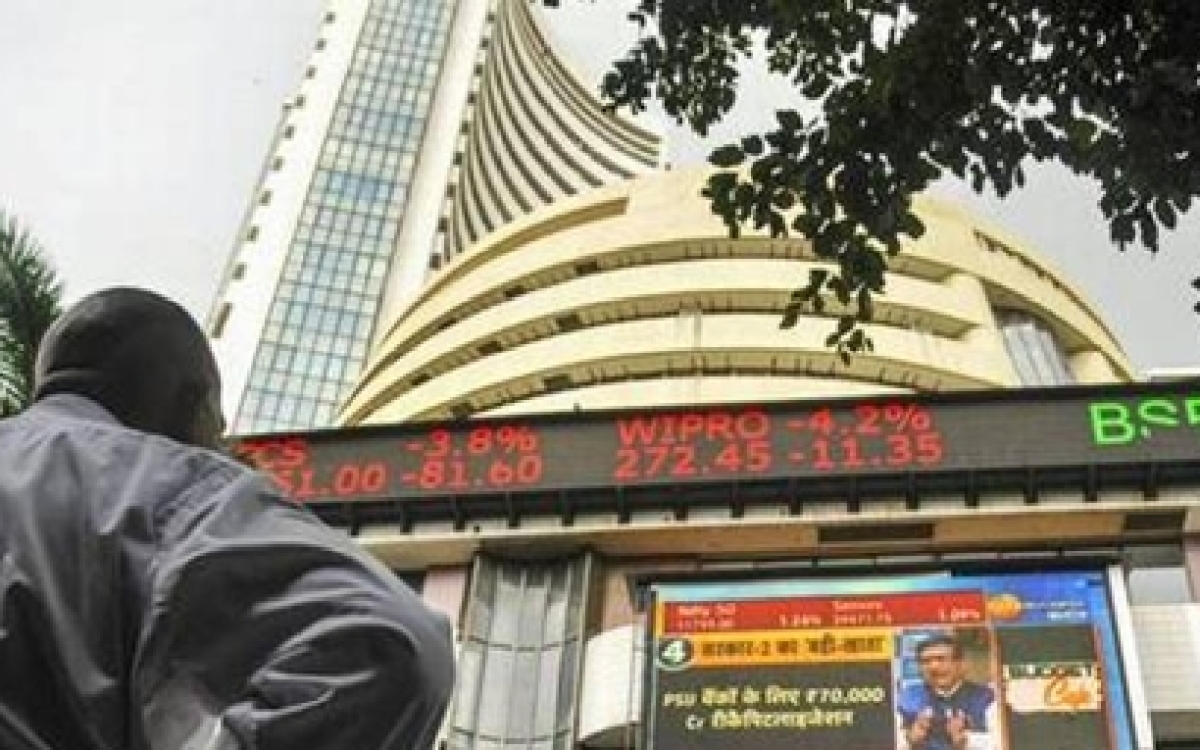 Benchmark indices fell for the fourth straight day on October 1 with Nifty finishes below 17,600. |

On the sectoral front, Nifty metal and energy sectors were the top gainers while Nifty Bank and Financial Services were the top losers.

According to Palak Kothari, Research Associate, Choice Broking, "On the technical front, the Index has given a breakdown of the rising trendline and given closing below the same, which suggests some correction can come. On a daily chart, the index has been trading with lower high, lower low formation, which indicates weakness in the counter. Moreover, the index has started to trade below 21 DMA, which adds weakness in the counter. At present, the Nifty has immediate support at 17,400 while resistance comes at 17,750 levels."

"After a gap-down , Nifty traded in a sideways range. It has resistance in 17,580-17,620 range and support in 17,250-17,300 range. Traders need to watch these levels very closely. A break in any direction may cause a 150-200 points movement very quickly. Overall trend in Nifty remains bullish as long as it trades above 17,250," said Gaurav Udani, CEO & Founder, ThincRedBlu Securities.

Shrikant Chouhan, Head of Equity Research (Retail), Kotak Securities Ltd, said, "After a spectacular rally last week, the index has formed a bearish candle and on intraday charts it has maintained lower top series formation which indicates temporary weakness. While the market will remain volatile in the near future, the 17,650-17,750 level would be the key resistance level for traders while 17,400-17,300 could act as a sacrosanct support for positional traders.

"Contra traders may take contra bet near 17,300 support with strict support stop loss at 17,250. On the flip side, partial profit booking is advisable between 17,650 to 17,750 levels. Meanwhile, the Bank Nifty is currently trading near the important support level of 36,750 and it also completed one leg of correction. Key support levels for Bank Nifty are 36,800 followed by 36,200, and the structure suggests further upside if it succeeds to trade above 36,800," Chouhan added.

Mohit Nigam, Head - PMS, Hem Securities, said, "The Indian equity markets record decline for the fourth consecutive day, logging to become the worst week in over five months. On the sectoral front, a mixed performance was visible as IT, realty and banks ended lower while PSU banks, pharma and metals gained. Chip shortage causes month-on-month fall in auto sales of top players. Broader markets outperformed their larger peers. Going forward, markets could witness action in IT stocks ahead of upcoming results while Auto could show recovery from these levels as the festive season kicks in. Pharma also looks to be another corner on the basis of technical grounds. Nifty50 should find near-term support near 17,400 whereas resistance levels could be 17,700," Nigam added.

Deepak Jasani, Head-Retail, HDFC Securities said, "Nifty fell over the week by 1.8 percent, after five weeks of gains. On a weekly basis, PSU Banks, Metals, Pharma and Auto indices rose the most, while IT, FMCG and Bank indices fell the most. On daily charts, the Nifty has formed a doji like pattern after a downgap suggesting a possible halt to the fall temporarily. 17,355-17,452 could be an important support for the Nifty while 17,620 could act as a resistance. 17,792 on the upside seems difficult to breach in the near-term."