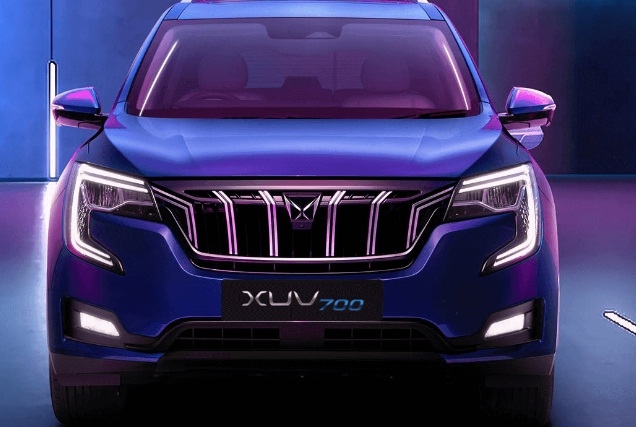 The next round of bookings for Mahindra's XUV700 deliveries will open at 10 AM on October 8./ Representational image | Photo credit - Mahindra website

The XUV700, latest SUV offering from Mahindra & Mahindra (M&M) has had a rush of buyers. According to the company, it has garnered 25,000 bookings in just 57 minutes of the commencement of the process.

The company had announced introductory prices, ranging between Rs 11.99 lakh and Rs 22.89 lakh (ex-showroom) for the first 25,000 units of the new product.

The next round of bookings, with new pricing, would now open at 10 AM on October 8.

The volume of 25,000 XUV700s made available at the introductory prices reflects up to six months of production depending on the variant, M&M said in a statement.

It also makes the XUV700 the first four-wheeler in India to hit this milestone, it added.

"We opened bookings at 10 AM this morning. We are humbled and grateful for the response, in fact thrilled that we have received 25,000 XUV700 bookings in a record time of 57 minutes from its commencement. This constitutes up to six months of production depending on the variant at the committed launch prices," M&M CEO Automotive Division Veejay Nakra noted.

While the company had anticipated the traffic and prepared the system with added server capacity, the overwhelming response could have regrettably led to a slow user experience by some customers, he added.

The XUV700 comes with diesel and petrol powertrains mated with both manual and automatic transmissions and with five and seven seater capacity.

It is also available in an optional All-Wheel-Drive (AWD) spec.

It also said these prices will be applicable for the first 25,000 bookings, which are slated to commence from October 7.

The company, however, has not yet announced the date for commencement of deliveries of its latest SUV.

Prior to its launch, the automaker had unveiled a new brand identity, including the logo, for its SUV portfolio..

Mahindra has also launched an industry-first ''add to cart'' functionality on its website for the XUV700.

The feature allows customers to save variant configurations, including fuel type, seating capacity, colour and dealer preference ahead of the bookings opening, it said. M&M has plans to launch nine new SUVs by 2026.